Claimant to the Ndebele kingship throne Peter Zwide Khumalo has filed an urgent chamber application at the Bulawayo High Court seeking an order to stop the ascendancy of Bulelani Collen Lobengula to the throne.

Khumalo, who imposed himself as King Lobengula Nyamande II in February, is represented by Ncube Attorneys.

In the application, the crown council chairperson Chief Mathema is cited as the first respondent, the Royal Crown Trust at second respondent and Bulelani Khumalo as the third respondent.

In his founding affidavit, Peter Khumalo said he was rightful heir to the throne and he awaits his coronation.

“The restoration process, through a meeting called for that purpose, required the identification of a person that qualified for succession into the Ndebele royalty.

“In all these meetings Bulelani and myself were in attendance and participated. It is critical to note that Bulelani Khumalo in fact disassociated himself from the claims to the Ndebele kingship`s throne”.

Peter Khumalo said if the coronation ceremony was to be allowed to proceed it will prejudice him of his right to the throne.

“I seek an order an interdict forbidding the respondents from in anyway installing Bulelani Khumalo as King of the Ndebele people on the 3rd of March 2018 or any other day,” said Khumalo.

The respondents have 14 days to file their response. 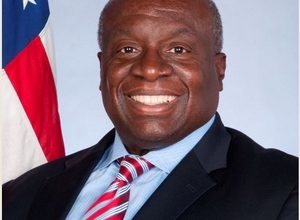 Letter to my beloved Joshua