The extension of the signing of performance contracts to senior council leaders has been described by local government experts as tantamount to further interference in the affairs of local authorities which are controlled by the opposition.

Local Government Minister, July Moyo on Saturday presided over the signing of performance contracts by mayors and council chairpersons from the country’s urban and rural authorities at a ceremony held in Bulawayo.

However, some council officials from Bulawayo, Victoria Falls and others, including Bulawayo mayor, Solomon Mguni said they need to first consult before appending their signatures.

The government introduced performance-based contracts last year and all permanent secretaries were the first to sign the contracts.

Ministers, chief directors, directors and other top officials including Vice-Chancellors of State universities also followed suit in the signing of the contracts, with President Mnangagwa insisting that the results of the performance of public officials will be made public.

Moyo who said the contracts for local authorities were a directive from the President gave the mayors and council chairpersons that did not sign the contracts until Thursday at 8.30 am to have availed themselves to his office in Harare to append their signatures.

However, local government experts who spoke to CITE said the development is not only misplaced but also against the devolution spirit.

“What we need to understand is that this is either one, a wrong diagnosis of a problem or this is basically not even meant to deal with the problem,” said Dr Rodrick Fayayo.

“People know what the problem is and the problem is and they (central government) are trying to deal with something different. The problem with service delivery has nothing to do with performance contracts. It has everything to do with the contestations; it is about the interference between the central government and local authorities and what we are seeing now is further interference where all of us are supposed to be talking about devolution, where councils, elected officials on behalf of residents are supposed to be supervising these people and we see that there is an attempt by the central government to take all those functions and put their face and the whole body in the local affairs.”

He said the introduction of performance contracts will not address service delivery issues bedevilling most local authorities.

“It’s not meant to deal with service delivery and nothing is going to improve. It’s just a directive by the President, which is basically meant to ensure that the President interferes and involves himself in issues that he should not be involving himself in.”

Fayayo added that Zimbabweans need to get to a point where they all call for the implementation of devolution to its fullest with councilors being capacitated to demand accountability from senior council staff.

“As you will know that the central government always wants to control the local government, which is run mainly by the opposition in urban areas, so this is yet another scheme where the ruling party wants to be in control of the local government of which it violates the principle of good governance and that of devolution,” he told CITE.

He further said: “In fact ,the President must direct that all Ministers must have performance contracts so Permanent secretaries and everyone else including himself and then the elected local government officials must be the ones that put across the issues of performance contracts to their own structures. That way we are able to function.”

He added: “We can’t have a bambazonke government that wants to control a chief executive officer or a council chairperson when they can’t control a permanent secretary. People are stealing in ministries and it’s going unpunished simply because we have an inept government that is unable, therefore it must be hands-off. Let local authorities run on their own without interference from the central government.” 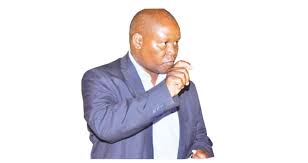