Parents of pupils at Mkhaya Primary School in Plumtree want the headmistress expelled on allegations of dereliction of duty and misuse of school property.

The headmistress, Clemencia Sibanda, is alleged to be in the habit of absconding classes she teaches as well as using school property and resources for her personal gain.

Speaking to CITE, a member of the School Development Committee (SDC) who spoke on condition of anonymity said parents were concerned with Sibanda`s behavior.

“She would leave her class unattended and disappear without communicating with other teachers. The teachers will then appeal to the SDC to intervene since they cannot reign in the headmistress,” said the SDC member.

“Our pupils go for a long time without being given any school work and when it’s the end of the end she will forge end of term reports without the pupils actually writing any examinations.”

The source alleged she took bags of cement meant for a school project and resold them.

“She took cement took bags of cement and a pump engine. We tracked and found where she had sold them and reported the matter to Mangwe police station but nothing has been done about the issue.”

He said the case was taken to the education offices who have not yet communicated back.

“A Mr. Nkomo from the Ministry of Education came to assess the issue and advised us to not take the matter to other platforms as they will resolve it. However, we cannot wait for long because our children’s future is at stake,” he said.

Contacted for comment, the Sibanda referred all questions to the District Education Officer

Matabeleland South Provincial Education Director Lifias Masukume said he was not aware of the matter as it could have been reported to the district offices.

“I am not aware of such a case. Matabeleland South is a big province so maybe the case was reported to the District offices and it is yet to come to my office,” he said. 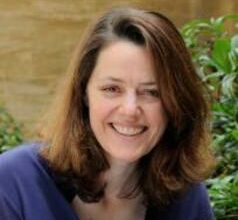