In the past, no one would dare board an open truck to the city centre even for free but gone are those days in modern-day Zimbabwe.

It is now common to see open trucks, which have become a means of public transport, bring people to town and take them out again.

As transport woes continue to worsen in the country, coupled by the deepening economic crisis, some commuters in Bulawayo have since resorted to open trucks which charge less than the traditional kombis.

This is happening at a time when the government-subsidised Zimbabwe United Passenger Company (ZUPCO) is failing to cope with high demand.

There are only 516 conventional buses and 458 kombis in the ZUPCO fleet, with some of them operating under franchise to service both urban and inter-city routes.

The company expects more buses from China and South Africa next year.

Under the ZUPCO scheme commuters pay $1 and $2 for a bus and kombi trip respectively.

Private commuter omnibus operators on the other hand charge $5 per trip, which is beyond the reach of many members of the public who commute daily from the western suburbs to the city centre and back.

However, due to fuel challenges, ZUPCO transport is not always readily available, resulting in some commuters looking for alternatives that include open trucks, which charge $2 per trip.

Common pick-up points for trucks in the city centre include the area opposite John Love Motors at the intersection of Fort Street and 12th Avenue.

Used by residents who reside in suburbs such as Nketa, Emganwini and Nkulumane, the Fort Street pick up point is always a hive of activity especially after 4pm, with many people returning to their homes after business in town.

At the same pick-up point, one also finds kombis operators who charge $3 per trip, which explains why the place is always crowded.

Commuters stampede to be the first to jump inside a truck or kombi that would have arrived, at the pick-up point managed by touts.

“This is Zimbabwe my friend, what else can we do besides resorting to these lorries, which are affordable,” said a man while alighting from an open truck at Pick n Pay bus stop Friday morning.

Another resident of Emganwini told CITE that with an open truck she is able to go to town daily.

“I know that these trucks were not made to carry passengers as they lack comfort but they are far much cheaper than kombis,” she said.

Social commentator, Mbuso Fuzwayo, said the use of open trucks as a means of transport by residents was a reflection of poverty levels in the country.

“It is a signal that residents’ poverty has reached a level where they can’t afford decent modes of transport,” said Fuzwayo.

“The government buses are not enough; they (residents) can’t afford kombis.” 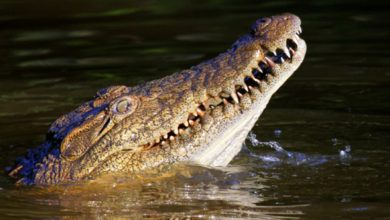