The National Peace and Reconciliation Commission (NPRC) is set to embark on public hearings next month in communities that were affected by the Gukurahundi atrocities.

The atrocities, which were targeted at communities in Matabeleland and Midlands were committed between 1983 to 1987 by the North Korean trained Fifth Brigade with more than 20 000 civilians massacred.

However, the Zanu PF government has in the past maintained a veil of secrecy over the atrocities with citizens and organisations vocal on the atrocities often facing intimidation from the state.

The adoption of the new constitution in 2013 saw the introduction of Chapter 11 institutions namely the National Peace and Reconciliation Commission (NPRC) to ensure post-conflict justice, healing and reconciliation.

Speaking at an inter-district indaba on missing persons in Bulawayo, Tuesday, NPRC Commissioner Leslie Ncube said the commission will start engaging organisations and communities in March.

“As a commission, we have already marked that by at least mid-march, that is the position that we have that we want to meet everyone as organisations and we tell each other truth that how we are going to deal with this matter as a united front (sic),” said Commissioner Ncube.

“It would then make sense that if we get to a certain place when they talk about issues of exhumations, we know there is a certain process that has to be followed. What we are saying is that we have to complement each other in terms of the process that we are going to carry out”.

Commissioner Ncube said they will be guided by the affected communities on how to carry out the process in each area.

“You may realise that we had a challenge to have the commission operationalised, the first issue is that the exhumations, you will recall that at one point people spoke about having a blanket amnesty of birth certificates that we refused as a commission because it closes all the evidence.

“We would rather take the longer route that brings about closure and healing because there are processes that should be followed. That is the issue for mass graves that by mid-March we start moving in. People in communities know the mass graves that are in their communities.

“Let us come with a plan of what you want to happen because we will be using participatory methods, we don’t want to plan for people. All those issues in terms of strategic planning as NPRC, is very clear we want to liaise with communities. Our job is not in the office it is on the ground because this is where the killings happened.

Commissioner Ncube added that during the initial consultations most communities in Matabeleland wanted the commission to focus on the Gukurahundi atrocities as well as devolution of power.

Speaking at the same meeting Zimbabwe Human Rights Commission (ZHRC) Commissioner Japhet Ndabeni Ncube urged traditional leaders in Matabeleland to speak out on the Gukurahundi atrocities since they live in some of the worst affected areas.

President Emmerson Mnangagwa is on record saying that his government would apologise if the state is found complicit in the massacres. 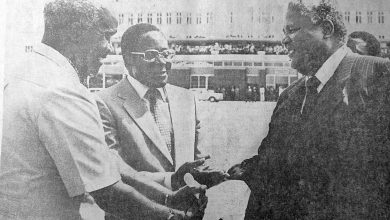 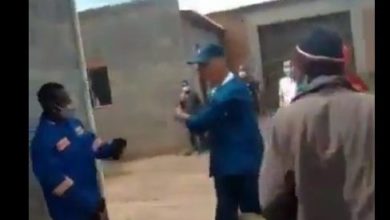 Concern over continued abuse of locals at Chinese-run mines