Bulawayo Mayor, Councillor Solomon Mguni, has dismissed unproven claims that Khami Dam has remains of victims of the liberation war and Gukurahundi atrocities.

His sentiments come in the backdrop of a proposal by the Bulawayo City Council (BCC) to recycle Khami Dam water for human consumption.

BCC has been trying to encourage residents to accede to its proposal to recycle the heavily polluted water at a time when the city is enduring a 144 hour water shedding exercise.

Khami Dam was built in 1928 but was decommissioned in 1988 and the local authority working with an estimation of US$26 million says the water can be purified to provide the water-stressed city with an additional 12 megalitres per day.

Khami Dam is almost always full, as it receives water deposits from sewers, and industrial waste but some believe there are dead bodies in there as well.

In an interview with CITE, Clr Mguni, admitted the council was aware of these claims but insisted there was no evidence.

“It’s a claim that is there yes. People are alleging there are bodies inside but we don’t have factual scientific evidence to back such claims. We consider Khami Dam as a water body whose raw water can be drawn, treated and purified. If such is true then it means all water bodies at some stage could have something like that,” the mayor said.

The mayor emphasised he was not brushing people’s concerns aside but questioned how the veracity of such claims could be proven.

“How do we do prove it? We don’t have proof. How do you go about the process? If it were graves, exhuming those would be easier but in this case, do we scoop all the water out to look for the dead bodies? We are open to anyone who has evidence but these are claims and we don’t have facts,” Clr Mguni said.

“If there are people who know what to do they are welcome to come to us. If people claim and allege something they must prove that too,” he said.

Last week at a water crisis meeting, an activist Khumbulani Maphosa from the Bulawayo Water Action, claimed Khami Dam was a crime scene.

“We have information that we can’t verify that there were people thrown in Khami Dam either during the liberation struggle and Gukurahundi. If that is so, we must allow the National Peace and Reconciliation Commission (NPRC) to deal with Khami,” he said.

Published reports in 2012 did quote Dr Ndlovu and other politicians such as the late national hero, Dr Dumiso Dabengwa who shot down proposals to recycle water from Khami Dam.

Dr Ndlovu ruled out the use of water from the dam for any purpose, saying a shrine should be erected at the site, as a monument to freedom fighters who were killed and thrown into the dam by the Ian Smith regime.

Dr Dabengwa said that those who wanted to recycle the water should proceed with the idea and drink the recycled water and leave Bulawayo residents alone.

“The war veterans should be knowledgeable but we heard this from impeccable sources that Khami Dam was a dumping site for Gukurahundi victims. The late Dr Ndlovu, a former education minister and politburo member also said the same, so the claims are believable,” he said.

Ndlovu noted BCC had earlier plans to recycle Khami Dam but was shot down as reports indicated that water was unsuitable.

“I think the earliest council tried was in 1989 when the infrastructure was still on, now the city’s water infrastructure is rotten. How will the council manage to take on such a project, can’t the funds projected for the recycling be used for other water projects such as the Mtshabezi pipeline, fixing water leaks or rehabilitating the piping infrastructure? BCC are service providers and should listen to people,” he said. 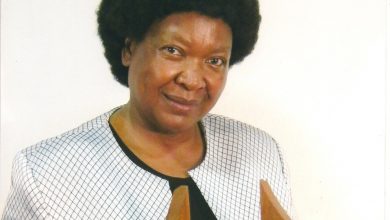 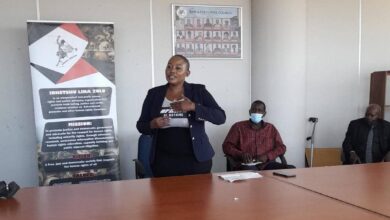