The Matabeleland Forum has written a letter of complaint to the Zimbabwe Human Rights Commission (ZHRC) registering their dismay over the alleged abuse of two Cowdray Park female residents by members of the police last week.

Last week, CITE broke the story in which two Cowdray Park women narrated how they were handcuffed, assaulted, labelled ‘prostitutes’ and tribally insulted by police officers based at the Cowdray Park police base after they had gone to the shops to buy some foodstuffs.

The women said they were harassed and detained overnight without a charge laid against them.

So far over 19000 people have been arrested across the country since March 30, for defying the national lockdown regulations.

“We would like to express utter dismay, shock and disappointment at the treatment of two female residents of Cowdray Park township by the Zimbabwe Republic Police officers in the area a few days ago,” said the Matabeleland Forum in its letter.

The Matabeleland Forum is made up of 15 non-governmental organisations based in the region.

“While the lockdown has measures for restricting movement, residents are normally allowed to move within a 5km radius of their homes to access essential services, as long as social distancing measures are observed. According to the two ladies, who happen to be sisters, nothing they did was in violation of such rules nor required such heavy-handedness from law enforcers,” complained the forum.

The grouping lamented it was shocking that police who were supposed to protect the vulnerable members of society were the ones who were abusing them.

“At a time when the country as a whole is facing the dire effects of the COVID-19 virus, women being some of the most vulnerable and hardest hit, it is shocking that those agencies that are meant to be protecting the vulnerable in our communities have become their main abusers,” read the letter.

The forum also challenged the relevant authorities to act and hold the police officers to account.

“These officers, if they are genuine members of the Police force, must be held to account for their actions. They must be made an example to their peers that they cannot get away with abusing defenceless citizens.

“At a time the country is trying to bring healing and unity from various historical injustices in our past, when members of the force act in ethnical discrimination they are in essence representing the Government of Zimbabwe as also displaying such disregard for a certain ethnic grouping in the country. To dispel these disgusting innuendos, the Government needs to act decisively against this group of unruly elements putting its name and image in bad light,” Matabeleland Forum said.

Failure to publicly denounce and take punitive measures against the accused officers would be a sign that such actions and attitudes have received an endorsement from higher offices in the country, the forum claimed.

“If ignored, this will force other sectors to act on their own to make sure justice for these women is served,” read the letter. 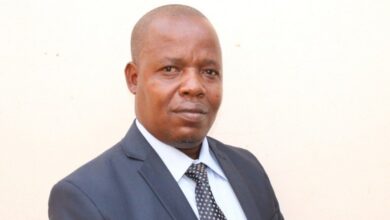 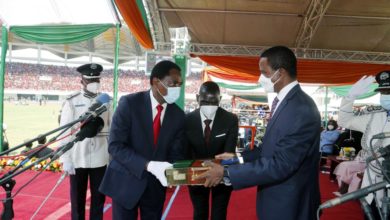