Finance and Economic Development Minister Professor Mthuli Ncube says he expects the economy to experience growth in the next 12 months and will do away with austerity measures.

Prof Ncube introduced the austerity measures in 2018 by cutting down on public spending and introduced a 2% tax on intermediated financial transactions to improve the government coffers.

Speaking at the 13th edition of the International Business Conference, hosted by the Zimbabwe International Trade Fair Wednesday in Bulawayo, Prof Ncube said it was “a bad idea” to have austerity measures for a longer period, as the country was steadily managing its debt.

“I have been using the word austerity for that but in the next year, you will hear me say ‘austerity’ less and less as we move into prosperity.

“I will leave austerity for one more year then we move into prosperity as we prepare for 2023. We can’t have austerity for three years, it a bad idea, (we can do) one year (of austerity) get it right and move on that’s my thinking,” he said.

The minister added that the government was now solvent due to the cost-cutting measures introduced last year.

“We are doing well on the fiscal front and government is solvent, running surpluses doing an average surplus of $100 million a month since September last year.  This year alone the surplus in January was $102 million, in February it was $85.5 million and in March it would be double that – above $200 million.”

The finance minister said treasury had a big role to play in managing the country’s fiscal performance, which has seen government follow a prescribed staff-monitored programme set by the International Monetary Fund to control its fiscal activity. 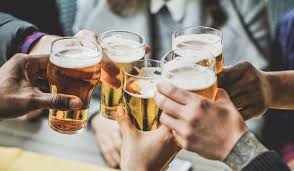