The National Arts Council of Zimbabwe (NACZ) has announced the final list of nominees for the 18th National Arts Merit Awards (NAMA) edition to be held on March 23, 2019 at Harare International Conference Centre.

Popular artists such as Jeys Marabini, Sandra Ndebele and Magwaza were nominated in the music awards category.

The Voice UK 2018 runner up Donnel Mangena was nominated in the special awards category.

In a press statement, Professor Ruby Magosvongwe the NAMA adjudication panel chairperson said the final list was based on submitted entries as well as those that were identified by individual and institutional monitors that were appointed to keep an eye on excelling artists throughout the year.

“NACZ extends its profound gratitude to artists, production houses, producers, media houses, promoters, creative stables, arts organisations and institutions, and all those that submitted entries for the 18th Edition of NAMA, for making the process successful. NACZ values the contributions and participation that keep the NAMA brand afloat,” said Prof. Magosvongwe.

She hailed the level of originality and innovation which is one of the key aspects in the nomination criteria.

“There was a remarkable improvement in the quality of films submitted,” said Prof. Magosvongwe.

“Artists are embracing new technologies, a development that was measured through the number of entries that were submitted online.”

She said this year’s edition, NAMA received an increase in submissions for nominations which shows the brand is growing.

“There was a remarkable increase on media platforms and channels under Media which is a clear sign that the sector is embracing technology and moving with time,” said Prof. Magosvongwe.

“In music, entries were on the increase with many artists producing singles and pushing the competitiveness in the sector. There was a clear upstaging of seasoned artists by unexpected names.”

She added: “NACZ extends its profound gratitude to artists, production houses, producers, media houses, promoters, creative stables, arts organisations and institutions, and all those that submitted entries for the 18th Edition of NAMA, for making the process successful.

My Rights and Other Poems       by   Pentecost Mate     [Pentolacut Publishers]

Patrick Muzondiwa         as  Tebogo in Kuchina The Genesis

Stephen Chigorimbo      as  David in Ghost of Actions Past

Brooke Ann Franklin       as  Laura in Ghost of Actions Past

Death and Other Complications directed by Shem Zemura

Artist in the Diaspora 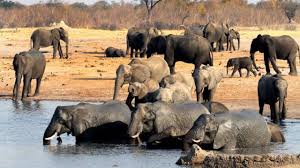