Some women in Hwange district have resorted to brewing homemade beer to sustain their families as Covid-19 has taken a heavy toll on most families in the country.

Zimbabwe which was put under lockdown by President Emmerson Mnangagwa on March 30 remains on indefinite level with most businesses not operating on a full scale.

Some companies have been forced to scale down on operations resulting in job losses.

Women who spoke to CITE said they were pushed into the illegal practice to fend for their families.

A 1.5 litre container of the illicit brew is being sold for ZWL45.

“My husband who was working at a local Chinese company lost his job following the outbreak of Covid-19. This affected us as there was no longer any income to support the family. I then opted to brewing beer which is a cheaper business to start as compared to buying and reselling which involves stocking. With this kind of business, you only need water, sorghum and mealie meal. Through this practice I have been able to support my family as I receive the most clients in the neighbourhood, ” said one popular shebeen owner who requested anonymity.

Asked if she was not afraid of getting arrested for running the illegal outlet and flouting lockdown regulations she said some of her clients were police officers who often tipped her of any impending raid.

“We have lots of customers since beer halls are closed and OK supermarket is the only outlet we’re it’s available but expensive for most binges. So people rather buy the cheaper iSigodokhaya or 7 days’ brew.”

The practice is also rife in the rural areas where illicit beer as known as Kachasu is brewed.

Another shebeen owner from Lubelidile village under Change ward said the economic effects of the lockdown which imposed travel restrictions forced her husband, a curio vendor, out of business forced her into the business.

“Before this coronavirus came and changed our way of living we depended on the income from the curio vending my husband was doing. However, since the lockdown was imposed restrictions on traveling affected him to a point that sometimes we would sleep on empty stomachs. I decided to venture into the business after realising the quick returns and little investment one can make, ” said the woman.

However, residents have expressed concern over the sprouting of shebeens arguing that they were fuelling the spread of the virus.

“Greater Whange Residents Trust notes with concern the mushrooming of shebeens as they have potential to spread Covid 19, however most women are the ones running them as men are no longer gainfully employed and also that the informal sector has been severely affected by the pandemic, ” said Fidelis Chima, the organisation’s coordinator.

Matabeleland North police spokesperson, Chief Inspector Siphiwe Makonese said they were alert to the fact that there were some people who were running illegal beer halls arguing that they were conducting regular raids.

“We have been conducting raids and patrols in neighbourhoods were reports of such activities are emanating from. However, we want to appeal to members of the public to come forward with information on those people running shebeens. You would realise that these illegal outlets violate Covid-19 regulations and expose the community to the virus as there is overcrowding and no wearing of masks. “ 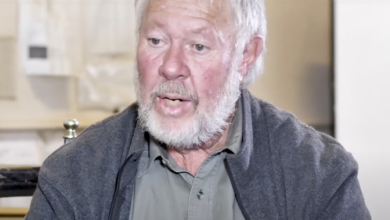 Zimbabwe is home: Goosen says his love for the country made him stay after losing his farm