The content of the audio, which carry serious terrorism claims, has predictably put the cat among the pigeons, as MDC Alliance faces heightened scrutiny about its operations and the credibility of its senior party members.

Masotsha was recently reinstated back into her position after MDC Alliance found no “conclusive evidence” that she was involved in the abduction of Muchehiwa, a 22 year old journalism student who is also the nephew to ZimLive Editor, Mduduzi Mathuthu.

In its findings regarding Muchehiwa’s abduction, MDC Alliance concluded that Masotsha was not an informer for the Central Intelligence Organisation (CIO) neither had she collaborated with the state agents in Muchehiwa`s abduction.

However some MDC Alliance party members in Bulawayo dismissed her clearance as a ruse, read more about that here: https://cite.org.zw/masotsha-probe-divides-mdc-alliance/

In the two minute audio, Masotsha alleges that if Muchehiwa’s family continues pushing her into a corner, she would expose Tawanda’s dealings.

She threatened to reveal more information about Muchehiwa’s alleged plans to bomb government buildings and that he had allegedly mobilised 20 individuals to partake in the act during the July 31 protest.

Masotsha also alleged Muchehiwa received money from unnamed sources in the United States who were bankrolling the plans.

In an interview with CITE, MDC Alliance Bulawayo Provincial Spokesperson, Swithern Chirowodza confirmed Masotsha’s voice in the audio but could not confirm the veracity of her claims.

“Save for any technological simulation, which may affect originality, that is to the best of my belief, indeed the voice of Tendai Masotsha. As to whether the facts are true or false, the allegedly subversive utterances have nothing to do with the MDC Alliance,” he said.

“Our business as a province is and has always been to deal with issues within the ambit of the Constitution of Zimbabwe.”

Chirowodza noted that the MDC Alliance Bulawayo province could not speak as to whether Masotsha was justified to be cleared of all the allegations that were laid against her, taking into consideration that she was painting herself a victim in that viral audio.

“Bulawayo province did not make the allegations answered to by the three-man committee (Concillia Chinanzvavana, Jameson Timba and Advocate Kucaca Phulu who handled the investigation). The province raised charges of misconduct, and we await guidance from the National Council,” he said.

However some party insiders who insisted on speaking anonymously questioned why Masotsha was making up these allegations now months after the protest.

“In hindsight – why is she revealing that now? This is a question which she alone is the best person to answer. It is convenient to cast herself as a victim in order to deflect questions on her integrity. But take note everybody is innocent until proven guilty and the facts will prove who are the victims and perpetrators. If she has any handlers directing her, only Masotsha knows,” said the party source.

Muchehiwa’s lawyer, Nqobani Sithole told CITE that his client would pursue the matter legally as Masotsha’s claims were false.

“I was in contact with Tawanda this morning and he is worried about these allegations and we will pursue it. We strongly believe if it is coming from her it’s a clear campaign. There’s no grain of truth in what she is saying,” he said.

Sithole argued it was “unfortunate that Masotsha was stooping so low” and her claims were “uncalled for.”

“We will write letters to her , if indeed the audio emanated from her,” said Muchehiwa’s lawyer.

Efforts to reach Masotsha were fruitless as her mobile phone was unreachable.

Critical Studies scholar, Khanyile Mlotshwa, said MDC Alliance now has a challenge to persuade voters that they are credible and can represent issues with political sophistication.

“People are now curious as to what is going on in the MDC Alliance concerning this issue and they want to know more about these serious claims that are being made by a party official. This curiosity adds on the effectiveness of the opposition’s political strategies while the capacities of its leaders have also been called into question,” said Mlotshwa. 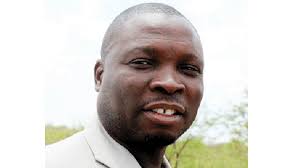