Chaos rocked Pick n Pay on Thursday afternoon as members of Mthwakazi People Republic protested against one of the company’s manager for firing almost 15 people and replacing them with people allegedly from Kwekwe.

There was a stand-off from midday that brought business of the day to a halt as the protestors who were chanting Mthwakazi hymns demanded the shop be shut down until the matter had been resolved.

Anti-riot police was engaged around 5PM where they came to disperse the crowds. They fired teargas causing people waiting for transport to go home to flee the place. Vendors deserted their merchandise as they fled. Several kombi drivers and conductors attempted throwing stones at the police but gave up after the arrival of a water cannon.

CITE interviewed Wisdom Mkhwananzi, Vice President of Amavikelambuso association who were spearheading the protest. He expressed disappointment after they failed to get their anticipated cooperation from National Employment Council.

“The offices we were hoping to assist us let us down. They said boss is away on business so there’s no one who can help us until next week. All we needed was a confirmation from them that they received a complaint from these people seeking assistance. What the management at Pick n Pay did was not fair. One of the managers responsible for this, hired his own daughter at the expense of other people. When we got here we tried to engage him but he was very arrogant. He called one of his colleagues to come and address us. It was a clear message to us that he cares less about the plight of those that he fired,” said Mkhwananzi.

He added “The laid off employees explained they were told that the company was now to employing people who had 5 “O” levels in all its departments but that was not going to affect those who were already on the job. Surprisingly most of them got laid off.”

Mkhwananzi urged the people of Zimbabwe to read and understand the constitution citing that ignorance to it makes them an easy prey to pounce on.

“There’s so much corruption out there. Those in authority abuse their offices. Women are usually affected because they do not know their rights. However, management shouldn’t take advantage of this to abuse them,” he said. 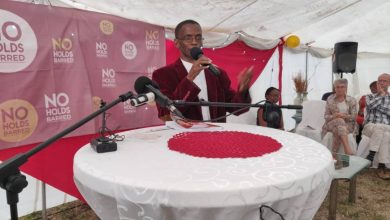