Members of the Mthwakazi Republic Party, Friday, staged a demonstration at the Bulawayo Rainbow Hotel alleging the hotelier was importing labour into the city instead of hiring local labour.

The demonstration is the first following the violent protests that rocked the city last month resulting in the army and police launching a crackdown to quell the violence.

The hotel, a subsidiary of the Rainbow Tourism Group (RTG) is currently closed for business as it embarks on major renovations.

Placard-waving members of the political party descended on the hotel premises where they picketed in front of the main entrance accusing the hotel management of hiring labour to undertake the renovations from Harare instead of hiring locals.

Police quickly clamped down on the protest arresting eleven people.

MRP vice president Presia Ngulube said the arrests were a violation of the constitution as they were demonstrating peacefully.

“This is a clear sign that there is no constitutionalism in our country,” charged Ngulube.

“This is nepotism. People from Matabeleland will always be marginalised. The president speaks of devolution but when an opportunity arises, labour is imported from other provinces.

“Devolution will never be implemented. It will always be lip service”.

Mbuso Fuzwayo, secretary general of Ibhetshu Lika Zulu, a civil rights group said the reaction from the police points to an infringement on freedom of expression in the country.

“People’s actions are justified. This does not constitute a new republic. If labour is going to be imported from other provinces how are people going to benefit fully from resources at their disposal? This is also a clear indication that the constitution will never be followed in this country,” said Fuzwayo.

He added: “There is no devolution from what we are seeing. People are still suppressed from expressing themselves. It makes no sense that a construction company be acquired all the way from Harare when Bulawayo has several construction companies that can do the job. If they have devolved as they allege, then they should employ people from Bulawayo.”

Bigboy Ndlovu, a member of MRP said it is heartbreaking to see people being sidelined from job opportunities arising in their province.

“Our own people are not employed; it pains to see people coming from outside the city to work here. We cannot just fold our hands and watch them do as they please. This is what sparks all the protests. Whom do they expect to employ our children when they side-line us like this,” said Ndlovu. 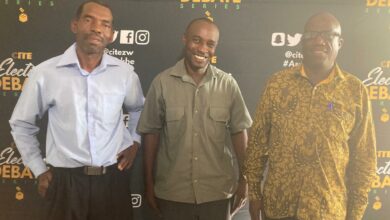