Debating the Finance Bill in the National Assembly Thursday, lawmakers said Clause 22, in which Ncube proposes the imprisonment of individuals who default on tax obligations, has no place in Zimbabwe.

“The basis upon which we disagree with this provision is that paying tax is a civil matter,” said Dzivarasekwa legislator Edwin Mushoriwa.

“It is wrong to criminalise someone who has failed to pay his/her tax. It is wrong to send someone to prison primarily because you have taken it as a criminal matter. You will note that in terms of taxation in this country, everybody knows that as Zimbabweans, we are one of the highly taxed people in the world.”
Buhera South MP, Joseph Chinotimba said the proposed provision was uncalled for.

“It is very painful for us as blacks in our lives,” said Chinotimba. “What it means is, your employer may delay to give you a salary but it becomes your fault at the end of the day. The sentence is just too much, two years in jail is not practical. I think the Minister needs to re-visit and make it a civil case and not make it a criminal offence for failing to pay taxes. Some of us as employers are struggling to pay those taxes. If you send them to jail, we would have destroyed many families because of one person.”

“Clause 22 that speaks to and about imprisonment of those that would have not paid tax; the Constitution of Zimbabwe is sui generis (unique),” he said.

He added: “There is no dearth in Zimbabwe in terms of the law. We can use the Criminal Law Codification and Reform Act, in particular, there are statutory bodies which do not remit their taxes for argument’s sake, maybe they are supposed to remit their monies to ZIMRA and such like, those people should be criminalised.”

“It is very wrong, particularly Value Added Tax which is what we are talking about,” said Biti.
“Value Added Tax is paid on the sale of goods or services and you know that the majority of our business in Zimbabwe, we actually operate on the basis of invoices that you issue out. Once you issue an invoice, then you wait for your customers or your clients to pay as Hon. Chinotimba stated. The law now says because we use an accrual system of accounting, the obligation to pay VAT does not arise on the payment of the invoice. The obligation to pay VAT arises upon the levying of the invoice. It is immediate.”

Biti said it is common knowledge that Zimbabweans are struggling.

“Now you know Mr Chairman that our economy is very difficult,” he said.

“You know that our people are struggling. You know that the economic climate is a challenging one. Many people are not paying their debts. The government knows it, and the RBZ knows it. The Government has just spent over US$2 billion purchasing non-performing loans from the banking sector. At some stage, 79% of bank balance sheets were actually non-performing loans.” 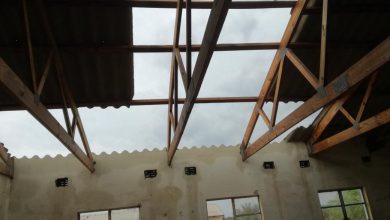