Legislators from Matabeleland have lobbied for all sixteen official languages to have interpreters in parliament.

The Standing Rules and Orders acknowledges that Members are allowed to contribute to Parliament in a language of their own choice.

Zimbabwe has 16 official languages under the Constitution, but only English, Ndebele, and Shona are often used during parliamentary debates.

Speaking in Parliament, Wednesday, Binga North Member of Parliament Prince Dubeko Sibanda said Parliament has to come up with a timeline when interpreters will be introduced.

“We need from Administration of Parliament a timeline that speaks to the fact that by such a date Parliament will be able to interpret each and every language that is covered in the Constitution. We cannot continue each and every year talking about one and the same thing”.

He said some members of parliament could freely express themselves in their native languages, which is unfair on their part.

“Hon (Joseph) Chinotimba can speak in Shona and enjoy himself but I cannot speak in Tonga because you will hide behind the budget. We want a detailed response on that matter with specific timelines, otherwise, without that, we are failing to adhere to our constitutional obligation as a Parliament.”

Concurring with Sibanda, Bulilima MP Dingimuzi Phuthi said he was disappointed as his contribution in Kalanga was not captured on the Hansard because there was no interpreter for the language.

“Whilst I believe that I contributed something meaningful to this House at that moment, it is recorded as “The Hon. Member spoke in Kalanga”.  If I speak in Kalanga, does that mean that this House does not have a way of getting to record what I said.”

He said Parliament was, therefore, infringing on their rights.

“Now, if some of us articulate ourselves in languages that we are most conversant with and are not recorded or recordable, what does this House say about our rights and representation?”

He lobbied for Parliament to swiftly address the issue so that they can freely express themselves.

“I humbly submit to this House that it be taken as a matter of urgency that interpreters be employed in this Parliament so that they stand to interpret for those of us who are going to present ourselves in the languages that we understand best”.

In 2013, the then Zanu PF Mbire MP Paul Mazikana sparked a language row in the House of Assembly when he insisted then Education, Sports, Arts, and Culture minister David Coltart should be able to understand and speak Shona.

Two years later, erstwhile Umzingwane MP Priscilla Misihairabwi-Mushonga was involved in a language row with former Deputy Speaker Melody Dziva who asked her to present her question in English after she had used isiNdebele. 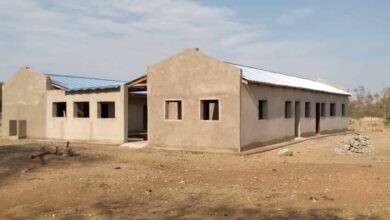