Norton Member of Parliament (MP), Temba Mliswa, has demanded action on cabinet ministers who abscond the August house during trying times when citizens have more questions than answers on what the government is doing to alleviate their problems.

The country is in its worst economic and political crisis in a decade, with life having become unbearable for many people who are living in abject poverty.

According to the Constitution of Zimbabwe, government ministers are accountable to citizens through parliamentarians who play an oversight role.

Speaking in Parliament during oral answers to questions without notice Wednesday afternoon, Mliswa demanded that Parliament be adjourned until all ministers who were supposed to be in had done so.

“The rules of this House are very clear,” argued Mliswa.

“Before we start this session, ministers who are absent without leave must be mentioned so that we know.  If they are not mentioned, we must know why they are not here; you then implore the leader of government business and the chief whip of ZANU-PF to get them here.”

Mliswa raised the issue after Bulawayo proportional representation MP, Priscilla Misihairabwi-Mushonga, had directed a question at Primary and Secondary Education Minister, Cain Mathema, who was in no show.

“My question is directed to the Minister of Primary and Secondary Education,” said Misihairabwi-Mushonga.

“I do not see them here so I do not know whether I should direct it to the leader of the House?”

Mliswa said it was regrettable that the issue of ministers and deputy ministers absconding Parliament had been raised many times, with no serious action being taken.

He said that was despite the Speaker of National Assembly, Jacob Mudenda, having written to the President to that effect.

“He ends up saying things in defence which really are not what we want to hear. For how long can we continue like this? ZANU-PF as a ruling party has got a lot of capable people and for them to be ministers is not because they are brilliant, maybe they have better witchdoctors than others that is how they are there.”

“May we adjourn until all the Ministers are here,” insisted Mliswa.

“We cannot just be good in taking cars, having aides and fuel coupons and you are not here to work for the people.  That is a waste of taxpayers’ money. Question time only happens when ministers are here.  Let us adjourn, we cannot continue like this.”

However, the Deputy Speaker, Tsitsi Gezi, who was chairing the session, refused to adjourn the house instead insisting MPs could ask questions to ministers present.

Mliswa was however still not convinced.

“The rules are very clear, if the ministers are not here, what charge are you going to give them?  If it is contempt of Parliament, let it be that.  We are governed by the rules.”

In her response, Gezi said: “I have heard your opinion and I have already made a ruling.  The chief whip has now gone outside of the House to phone the ministers who are not in the House.”

Ziyambi, also Justice, Legal and Parliamentary Affairs Minister, added that they had called those ministers around to come to the Parliament. 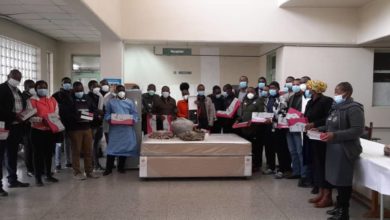