Member of Parliament for Mbizo Settlement Chikwinya has challenged the government’s decision to indefinitely suspend by-elections which were scheduled for December 5.

The by-elections are meant to fill parliamentary and local government seats which became vacant after the opposition MDC-T led by Thokozani Khupe recalled MDC Alliance members.

Chikwinya during a question and answer session in Parliament, said the World Health Organisation (WHO) had given the green light that countries can conduct national elections.

Chikwinya argued that the government was selectively using Covid-19 as an excuse seeing that primary elections were being conducted by some political parties and that other spaces, such as churches, which pose more danger for the virus were gradually opening.

“Covid-19 regulations are drafted in compliance with advice from the global regulations as provided by WHO which has since advised that elections can be conducted and indeed so many countries have proceeded to conduct national elections, Malawi included,” said Chikwinya.

“We have by-elections which are pending and in his announcement, the Speaker of Parliament said S.I 225 of 2020 was deemed unconstitutional by the Parliamentary Legal Committee (PLC). When is Zimbabwe going to hold the by-elections that are now overdue to replace the seats that were left vacant by members who left this Parliament this year?”

Chikwinya noted that the decision by the government infringes on the people’s right to choose their own representatives.

“We have seen the opening of spaces that even endanger people to the extent of contravening Covid-19 regulations, exercises like political parties gathering and certainly in this case, the DCCs of ZANU PF are currently gathering,” he said.

“Primary elections are happening across political parties; churches are gathering – why is it that specifically for elections, the government is not comfortable to hold by-elections when people have the right to be represented by persons of their choice?”

However, Minister of Justice, Legal and Parliamentary Affairs Ziyambi Ziyambi said the decision was lawful and applicable to the health environment prevailing in the country.

Minister Ziyambi said Zimbabwe is still in a state of emergency and several Statutory Instruments have been issued to curb the spread of the virus, including the one which speaks to by-elections.

“We still have a curfew which prohibits people to move at night. Once we feel the situation has normalised we will lift the suspension. If we proceed with the by-elections, we will criminalise a lot of people (for moving at night).” 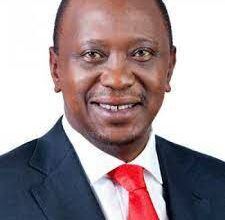 BCC to rename a street after Kenyatta