The Matabeleland Institute for Human Rights (MIHR) has implored the Environmental Management Authority (EMA) to take remedial action on ARDA Antelope Estate in Matobo, following the death of livestock which drank poisonous water.

Villagers in Ward lost more than 20 goats and other livestock that died after drinking poisoned water, which had spilt over from a tank with fertiliser chemicals at ARDA’s chemical plant.

In a letter seen by CITE, Khumbulani Maphosa, Coordinator of MIHR – an organisation that advances human rights, asked EMA’s Matabeleland South Provincial Manager and District Environment Officer to take action against ARDA as its operations were polluting Zwehamba Village.

“On Friday, June 24, 2022, we received an environmental rights complaint from Matobo Ward 4 villagers in Zwehamba Village. Their concern was ARDA Trek has a pump station in Zwehamba Village which they use to mix their chemicals. The jojo tank, (used to mix the chemical) is leaking and spilling to the ground and also flowing to the nearby stream. This has been going on since the year 2017. The pump station is outside the ARDA Fence,” he said.

Maphosa noted that last year, the villagers also lost livestock due to the contamination and specifically 10 goats and five cows died.

“The community engaged ARDA and they promised to fence the area and fix their Jojo tank but nothing has happened to date,” said the MIHR coordinator.

“This week on Tuesday, June 21, 2022, community members lost goats, about 20 goats have died due to drinking the chemical contaminated water. The community engaged ARDA and the local estate manager (Alex Chinyai) promised to compensate the community and fence the area but didn’t do so until the next day when a calf also died. He is admitting that the animals are dying due to contamination from their chemicals. After the death of the calf, the manager instructed his workers to fence the area with thorny bushes.”

The human rights activist said MIHR advised the community to report the incident to the Rural Development Council, the District Development Coordinator and EMA.

“Whilst ARDA may pledge to compensate the people for lost livestock, as MIHR we feel it is important for EMA to compel ARDA to fix the leaking pump station jojo tank in order to stop chemicals pollution underground water systems and the stream,” Maphosa said.

He added that EMA must conduct underground and ground water tests in order to ascertain the scale of contamination.

“Compel ARDA to take remedial action to clear the contaminated land of the contamination already done and demand that ARDA have the pump station fenced off. EMa must also ascertain the toxicity of the polluting chemical and its likely long-term impact to human health once ingested through water or contaminated meat,” Maphosa said.

The incident took place at the site where hundreds of villagers in Zvehamba, Matankeni and Mahetshe were evicted in 2017 to pave the way for ARDA’s expansion project with petroleum giant Trek.

Ward 4 villagers and others in surrounding areas in Ndabankulu, Dwaleni, Ratanyane and Mashungu lamented this was not the first time they have lost livestock, as ARDA management has failed to secure its plant leaving its chemicals exposed. 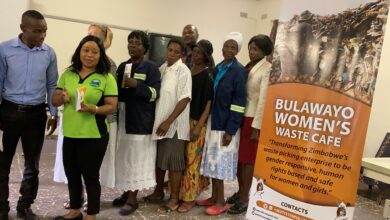