In 2010, a 21-year-old young woman from Bulawayo thought her life had taken a turn for the worst when she became paralysed on both her legs.

But in a twist of fate, her fortunes shifted, when she encountered a chance meeting with a certain couple, that changed her life for the better.

Maria Dube from Hillcrest Suburb is now a renowned sought-after crocodile trainer, across the region.

She recently launched her own foundation called Tsalach to help empower people living with disabilities.

“I was born in Bulawayo and raised by two beautiful women including my grandmother Betty Dube, who is my pillar of strength. I wasn’t born with a disability but in 2010, I woke up paralysed. I tried physio and everything else. I suffered from stress as I was in and out of the hospital. I thought I would die yet God had something in store for me at the hospital where I was admitted,” she said.

Dube who turns 31 this year narrated how she met an Australian couple in the hospital who introduced her to crocodile and fish farming.

“The couple were fascinated by me and asked if I was familiar with fish or crocodile farming. I was scared at first, thinking these people wanted me to be killed by crocodiles,” she joked.

She, however, agreed when they indicated they wanted to train and empower her.

“They told me they did not want me to be a beggar like other vendors but wanted to train my mind. I opened myself to the idea and started working with a trainer from Harare for three years,” she said.

Dube explained she was taught how to train crocodiles and soon fell in love with the reptiles.

“It’s a tough act for a girl but I have trained lots of crocodiles some as young as two weeks old. I have sat, carried them like babies and fed them so that they are used to being with humans,” she said, adding it was possible to ride a trained crocodile.

Dube claimed she has done several farming projects locally and in South Africa.

Her idea to launch Tsalach Foundation was made possible by support from a United Nations representative.

“In August 2019 I received a call from UN representatives who said they had a gift for me, something I had wanted to do for years, which was to help others with the same or different disability,” she noted.

“I was later introduced to Akon (Senegalese-American singer) who runs Akon Foundation that helps people. He awarded me with an award for a private project I am doing with him in East Africa. Akon said he was inspired by me and my works, usually done by able-bodied person. I said I was just blessed with a third leg (referring to her crutches) and the rest is history,” she said.

Since then Dube has been working hard to grow her foundation.

“Tsalach means profitable, grow bigger and move forward. It is open to all as people can come and learn something,” she said.

Dube is yet to have workshops in Bulawayo on crocodile and fish farming where participants pay a certain fee.

“I was supposed to hold a workshop in Bulawayo but dates clashed with a workshop in Namibia, where I was invited by that country’s minister of agriculture.”

Her vision is to acquire land and start fish farming preferably this year, aiming to open a tinned fish factory in Zimbabwe, as there is none in the country.

Nevertheless, Dube prefers crocodile farming because it is more profitable.

“Crocodile skin is exported since the target market is very low in Zimbabwe. The country has three crocodile farms so usually crocodiles are farmed to sell overseas,” joking that most people were afraid of crocodiles which is why they opted for fish farming.

“You can do fish farming in a swimming pool or in the backyard, same way one plants vegetables. The fish can be ordered online but if you want to do by self, we can give you contacts that’s if you know how to keep fish.”

Since Tsalach Foundation is still a young organisation, Dube is currently using her home office in Hillcrest.

Bulawayo Councillor for Ward 4, Silas Chigora who attended Dube’s launch praised her for venturing into a bold field.

“One would assume farming crocodiles is not for women, as crocodiles appear vicious both in water and when you come into contact with them. But Dube has come a long way to show that disability is not inability and that the crocodiles can be tamed. On behalf of the city, we appreciate your efforts of empowering others,” he said. 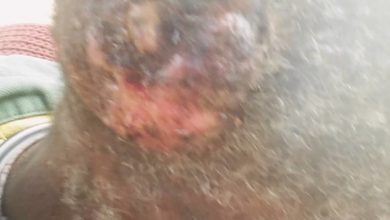 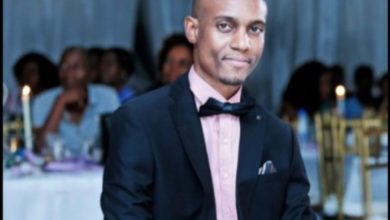