The ZMC Bill seeks to amend the Access to Information and Protection of Privacy Act (AIPPA) as part of democratisation efforts by the government.

But the initiative falls short of expectation.

In a discussion at the Bulawayo Media Centre, Wednesday evening with journalists, VMZC Programmes Officer, Faith Ndlovu said the organisation picked up worrying concerns that were included in the bill.

“As VMCZ, we are concerned with the ZMC bill because it directly speaks to issues that speak to the regulation of the media, which is our line of interest. Having worked with government and other stakeholders in Zimbabwe we need a media environment that is friendly as stated by Section 61 and 62 of the constitution,” she said.

However, the ZMC Bill takes away the concept of self-regulation, does away with co-regulation, criminalises the journalism profession, empowers police to interfere in journalistic work while the role of the information minister undermines the independence of the ZMC,” Ndlovu said.

“We were disappointed when the Bill came out as it overlooked the recommendations we had put forward. We have been involved in meetings, where the government brought in drafters and reviewed the provisions line by line. We have had meetings with ZMC, where we discussed the kind of working relationships we want and that we can have a co-regulatory framework,” she said.

Ndlovu noted that the VMCZ was supposed to be the first port of call for professional complaints against the media and in the event that aggrieved parties were unsatisfied, they could proceed to the ZMC or settle in courts as a last resort.

“We argued for the recognition of self-regulation and that media has right to self-regulate so recommending co-regulation was a compromised position because we had colleagues who stood for media regulation and authorities wanted statutory regulation,” said the programmes officer.

She added VMCZ’s disappointment weighed more after the gazetting of the Freedom of Information Bill, which also excluded recommendations from media stakeholders.

“The government has squandered an opportunity to truly democratise and reform the media.

We have had meetings with the minister of information, Monica Mutsvangwa, but what we see is old wines in new bottles.”

The key concern is that the ZMC retains contentious provisions of AIPPA, which criminalise the profession of journalists and freedom of expression.

“We have been very clear that journalism should be decriminalised but if you go through this bill ZMC has powers to make regulation which include imprisonment of up to six months or level two fines. As media freedom advocates, we don’t want to see prison sentences imposed for journalistic work,” she said.

The bill also empowers the Zimbabwe Republic Police to provide support during an inquiry or during a hearing, which VMCZ feels can lead to self-censorship and limitations of expression

“Another concern is the power given to the media minister, this compromises the independence of the ZMC yet the commission is one of the Chapter 12 institutions in the constitution that function as an independent constitutional body. ZMC can’t make substantive decisions without consulting the minister. Section 19 of the ZMC Bill gives the minister powers to gag a process of enquiry or investigation if he or she deems that its disclosures are against the public interest, national interest, the economy and other defined criteria,” Ndlovu explained.

“No person may interfere with functions of a constitutional body yet the minister has the power to interfere in the ZMC. This is a concern and compromises the independence of the ZMC.”

The programmes officer, however, believed that there was still room to engage and have some of the contentious provisions revise and have a regulatory framework adopted, which can also be endorsed by media practitioners. 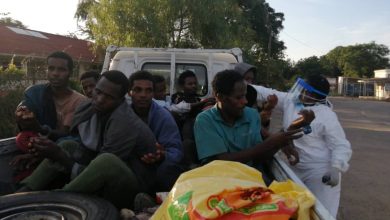 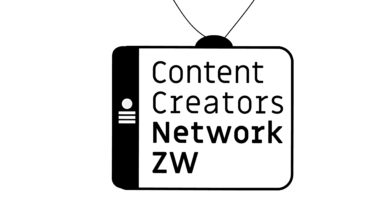