Political analysts in Bulawayo have expressed mixed feelings over the latest MDC-T split with some saying the development is likely to benefit the ruling ZANU-PF party in both the March 26 by-elections and next year’s harmonised polls.

In a dramatic turn of events, MDC-T Vice President Dr Thokozani Khupe, who was suspended Thursday, reacted by expelling party leader Douglas Mwonzora before announcing the formation of a new splinter group on Friday that she now leads.

This comes at a time when Mwonzora has barred the Nelson Chamisa-led MDC Alliance from using the name in the March by-elections claiming he is the ‘legitimate’ leader of the alliance creating more confusion for the electorate ahead of the sitting of the nomination courts next week.

“Any country that hopes to survive as a democratic needs a very strong opposition,” political analyst Effie Ncube, told CITE.

“This is the case especially in Zimbabwe where you have a lawless dictatorship in power. You need a very strong and united opposition not just of purposes of contesting elections but for purposes of ensuring accountability and transparency in the day to day administration of public affairs but sadly in Zimbabwe the opposition continues to fracture and factionalise into smaller and smaller pieces that are not going to be able to challenge ZANU-PF adequately in order to generate the change that people want.”

He said Zimbabwe requires a united and strong opposition.

“This split does not give us that,” he decried.

He added: “What it means for the opposition, this split or any other split in the opposition it means a weaker opposition that gives ZANU-PF an advantage at a time when ZANU-PF has destroyed the country.”

Vusumuzi Chirwa, another political analyst said in light of the latest MDC-T split, 2023 elections will be the battle of recognition for opposition parties in the country.

“True democrats don’t tear each other down unless they are political puppets, thus the 2023 elections shall prove who is a real revolutionary as far as the opposition is concerned,” said Chirwa.

“We don’t need a rocket scientist to tell us that Douglas Mwonzora is now a political clown seeking to lead two political parties in one parliamentary term.”

He however said not all hope has been lost in having a strong opposition in Zimbabwe.

For Mkhululi Tshuma, a social commentator, the Mwonzora-Khupe fallout was inevitable.

He further said: “Their split will register no tremors at all. That’s the price people pay for being political turncoats of a sell-out pedigree. In as far as the by-elections are concerned, these clowning parties will be buried there eventually.

He however said as long as Zanu still fails to address the economic challenges, opposition politics will continue to thrive in Zimbabwe.

‘Women must be allowed a seat in traditional courts’ 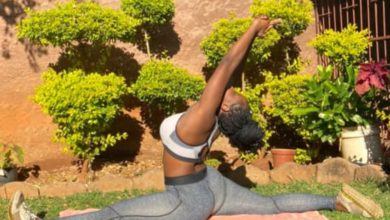