They were arrested with 10 other party members in Tshabalala suburb around 5pm on Saturday.
Bulawayo MDC provincial spokesperson, Swithern Chirowodza, confirmed the development to CITE.

“We do not know the charge as yet but Khumalo and other party members were taken to Tshabalala Police Station. Khumalo and Zviviri were going door to door, talking to members of the constituency and answering concerns on the public demonstration set for this coming Monday,” he said.

Chirowodza described the arrest as a callous action by police who wanted to incapacitate the opposition party.

“It is quite clear police want to incapacitate our organisational capacities. This action pours water on the negotiations that the MDC had with the police in Bulawayo in trying to facilitate clearance for the demonstrations notification,” he said.

This comes on the backdrop of reported cases of abduction and assault directed at leaders of the opposition over the MDC marches that were supposed to start on Friday in Harare which were later banned by the courts.

However, some party members who had already gathered in the city centre of Harare for the march were brutalised by anti-riot police for defying the court order.

Footage that went viral showed tense confrontations as police details beat up protesters with some of them sustaining serious injuries.

As of last night police in Harare had arrested 91 people.

Meanwhile, MDC leader, Nelson Chamisa condemned the heavy handedness of the police to disperse protestors in the capital and alleged 18 party members had been abducted since last Tuesday.

Despite the brutal clampdown on protesters, Chamisa vowed to go ahead with the other planned demonstrations in Bulawayo on Monday and the other main cities. 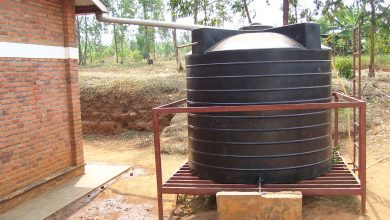