Movement for Democratic Change (MDC) Ward 24 Councillor Arnold Batirai Dube, has been convicted of forging letters and distributing them within the vicinity of a polling station during the 2018 harmonised elections.

Magistrate Tinashe Tashaya ruled after a full trial, Wednesday, that evidence presented by state witnesses was overwhelming and the court hence retained a verdict of guilty as charged.

He postponed the matter to December 21 for sentencing.

The court heard that Dube created letters denouncing incumbent ward 24 councillor Gideon Mangena, claiming that he had been expelled from the party and he was the only standing candidate.

These letters, according to the state, were distributed in the wee hours of the election day at around 4 AM by Dube and his accomplices who are still at large.

Dube had pleaded not guilty to contravening section 147 (1)(d) by distributing leaflets or pamphlets in the vicinity of a polling station and an alternative charge of forgery.

In his defence, Dube had told the court that Mangena only filed a complaint with Zimbabwe Electoral Commission (ZEC) as revenge because he was bitter that he had lost the councillor’s seat.

However, Magistrate Tashaya, in his judgment, noted that the testimonies of the state witnesses were clear in explaining that the report to ZEC was made subsequently on the day of elections, way before the results were announced hence Mangena had no ulterior motive.

“Evidence from the state witnesses is quite consistent. Japhet Ncube and Virginia Nyathi both testified that Dube had been within the vicinity of Salvation Army polling station and they had interacted with him, reprimanding him of his conduct but he did not heed the advice,” Magistrate Tashaya said.

“The complainant himself, Mangena, did not lie to the court either. He explained that he did not see Dube distributing the fliers but was approached by the witnesses and he subsequently dashed to the ZEC offices to make a report. This evidence thus nullifies Dube’s defence to say that Mangena made the report in pursuit of revenge.”

Prosecutor George Rufumoyo narrated to the court that Dube connived with other people who are still at large to create letters denouncing incumbent ward 24 Councillor Gideon Mangena, claiming that he had been expelled from the party and he was the only standing candidate.

He said Dube intended to mislead ward 24 voters by distributing letters which stated that Mangena had been expelled from the party leaving him (Dube) as the sole candidate standing for the party.

“The elections were being held at the Salvation Army church as the polling station. During the elections and within 100 meters of the polling station, Dube, in a bid to mislead ward 24 voters and his counterpart Mangena, distributed letters that falsely asserted that he was the sole candidate citing that Mangena had been expelled from the party,” he said.

“Mangena received a tip-off from some members of the public who saw Dube distributing the letters. Upon arrest, a total of 80 letters, reportedly distributed by Dube, were recovered.” 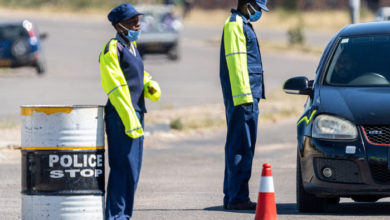