Twenty-six learners from Matopo High School in Matabeleland South were allegedly suspended on Monday pending investigations for delinquent behaviour such as bullying, theft and fighting.

The learners who range from Form one to Form four were reportedly dropped off in Bulawayo by the school bus.

For a long time, parents had complained about bullying and theft, with some claiming that they would be forced to pack “special food” to deal with bullies who stole their children’s lunch.

Other concerns that were raised by parents included prefects who allegedly beat up other learners after they were granted permission by the school’s headmaster, Gardson Sibanda, whom they accused of “running a one-man show.”

This is not the first time the Brethren In Christ administered school has made headlines in May of last year, the school expelled 15 learners and put another 10 on punishment for ‘improper association’ involving alleged sexual conduct.

Already, parents were furious with school officials over exorbitant fees of more than US$600, prompting them to file a petition.

The parents had also planned to meet with school officials on Saturday to discuss the fees issue.

“However, I hope the headmaster has not suspended innocent children whose parents have been involved in petitioning the school over fees because we know our children are at risk of negative targeting,” said one of the parents who spoke on anonymity.

Nevertheless, most of the parents were pleased that the school had finally taken action against bullies.

“Since when have we been complaining about bullies at Matopo? The headmaster did the right thing. It would be a lesson to other-would-be-thieves that a similar fate awaits them if they misbehave,” said one parent.

Another concurred, adding “True, how can the school keep criminals? I think it’s a good move. It’s been a long time since parents complained about the bad behaviour of some of our kids. As parents, we must learn to reprimand our children.”

Reached for comment, the Director of Communication and Advocacy in the Ministry of Primary and Secondary Education, Taungana Ndoro, said he would make inquiries.

Some of the suspended students are said to be in Form Four and were soon to sit for the final examinations.

An irate parent whose Form Three child was suspended stated that his son did not agree with the reasons for his suspension.

“His expulsion letter was written ‘theft’ but he doesn’t know what he is alleged to have stolen. He was not searched or told what he stole. He will sit at home until God makes a way. I wish the person who suggested that he was complicit in theft and the one who got him expelled good luck,” said the parent.

“This is not the first time his son was suspended. When we went to the school to inquire on the first occasion we were told that his son’s name was picked up in the suggestion box but the school had not done its own investigations.

“The school knows if they do investigations my son will not be found guilty,” said the parent.

Another parent advised the school to conduct thorough investigations because some students may have personal grudges and may falsely accuse fellow learners to settle personal scores.

“One can simply name another student without providing any proof and that would be sufficient to warrant an expulsion,” said the parent.

Despite these sentiments, some parents insisted the school had done well to take action.

“We all wanted such action to be taken by the school. We should teach our children the right thing not to allow them to engage in notorious behaviour. We cannot protect a bully or a thief as this will most likely affect us tomorrow,” noting that there was one Form Four boy who was notoriously famous for bullying other children. 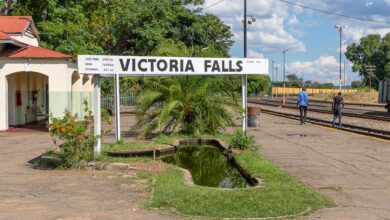 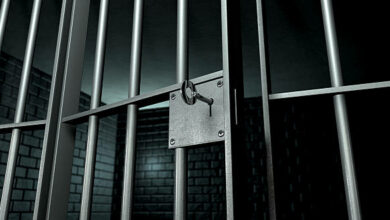