The council`s chief executive officer (CEO) Elvis Sibanda said about twelve clinics will be constructed in almost every ward in the district and those under construction will be completed so as to improve health delivery system in the district.

“The council intends to construct Maphisa clinic in ward 19. The construction of Maphisa clinic will decongest Maphisa District Hospital in the growth point, which is a referral hospital. A site has already been serviced for the clinic,” said Sibanda.

The CEO also added that 128 kilometres of the district`s road network will be covered this year along with the construction of bridges in the district.

“A total of 128km of routine maintenance under motorised grading is expected to be covered in the year 2020, while infrastructure such as bridges will also be constructed in the District and other works will be done under periodic maintenance,” said Mr Sibanda.

The Council also intends to ensure public safety and security in the district by installing solar street lights in Maphisa township since it has been greatly affected by power outages for years.

“Among projects to be done is the installation of street lights in Maphisa Township. The township of Maphisa has been affected by a serious power outage which is now straddling to months and may soon be years, the streets around the township are no longer safe,” he said.

This has elevated the need for the street lights to an even higher priority on our project list than ever before. We therefore have planned to install solar street lights in Maphisa Township to provide public lighting,”.

The council is also working towards the expansion of Maphisa growth point by acquiring more residential land.

“The land for allocation of residential stands in  Maphisa has run out, the budget provides for an amount to be channelled towards acquisition of more land for expansion of Maphisa growth point, title surveys expenditure and land evaluation,” said Sibanda. 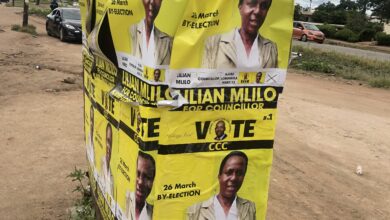