Health and Child Care Minister, Dr Obadiah Moyo, has shockingly revealed that all pharmaceutical storerooms in government health facilities in Matabeleland up to provincial level are “empty”.

The country has been facing severe drug shortages due to foreign currency shortages, while socially disadvantaged patients are at the receiving end as they go for some time without accessing medication neither can they afford to purchase from pharmacies.

Dr Moyo admitted the lack of drugs was a challenge for his ministry, as it had to fill up the stocks from the district centres going all way to hospitals in the country’s southern region.

He made these revelations while meeting senior staff from Mpilo Hospital last week who had pointed out that although they received drugs from National Pharmaceutical Company (NatPharm) the quantities were low.

“The hospital has a 60 percent supply of vital medicines, which is higher than before but still fall short from the Medicines Control Authority of Zimbabwe prescribed regulation of stocking 80 percent of vital medicines. For essential medicines we have a drug supply of 85 percent,” said Mpilo Chief Pharmacist, Faith Sinoia.

In response, the minister acknowledged that the supply of drugs was a necessity and assured the hospital that they will receive their drugs.

The minister added that NatPharm also had to supply health facilities in Matabeleland North and South which were still waiting for their allocation.

“All our storerooms are empty, in all our district clinics and health centres. We have to fill up the stocks from the lowest tiers – the districts, move to the provincial centres then to the main referral hospitals. It will take a long time as we have to fill these big buckets,” he said.

To address the drug shortage, the ministry would employ a targeted approach where it would go step by step to supply the centres, a move it will use to when supplying medical equipment as well.

“NatPharm went to tender and received $191 million worth of drugs, of which stock worth $80 million had been released.  So far $25 million of the $80 million has been paid. We will keep pushing NatPharm so that health institutions’ receive their daily products. Once we satisfy Matabeleland provinces, we can move on to other provinces,” Dr Moyo said.

He added that NatPharm will need to replenish its stocks.

“We envision a situation where once our hospitals are stocked up then NatPharm as the source remains with stocks too.” 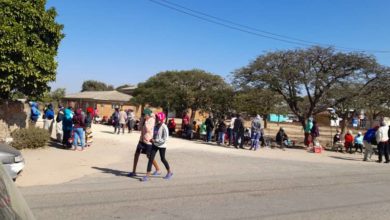