In the face of long-standing assertions that Matabeleland provinces are severely marginalised, a crisis that increasingly threatens communities’ social and economic stability, the Emmerson Mnangagwa led administration claims it has been addressing inequality, particularly in this region.

Zimbabwe’s government spokesperson, Nick Mangwana, believes there has been a lot of development that has come through in formerly marginalised areas, especially under Mnangagwa’s rule.

But analysts are not convinced, saying there are still a lot of gaps in access and opportunity plus outstanding infrastructural projects, which need to be located within the context of structural inequality that exists in Matabeleland.

Responding to questions at a media briefing held in Bulawayo Tuesday, Mangwana said the government was addressing inequality and marginalisation as envisioned in its mantra ‘leave no one or no place behind.’

“This actually coincides with the United Nations mantra as well the agenda 2063 and issues of the Sustainable Development Goals. If you check what has been happening in the last four years, you would naturally agree, there’s been a lot of development that has come through for formerly marginalised places,” he said.

“I would say there’s a lot happening in Binga, which unfortunately lagged behind in terms of development. Some of the biggest national projects in this country are in Matabeleland North and South. The president has been here several times to push the revamping of Bulawayo industries which again speaks to issues of addressing marginalisation. Most of the community stations that were issued were in Matabeleland rather than anywhere else. I believe issues of Matabeleland are directly being confronted in a very inclusive way.”

On the emotive matter of Gukurahundi, Mangwana claimed President Mnangagwa has for the first time in Zimbabwe’s history directly confronted the issue openly and transparently.

“People could not even mention that word but can now discuss openly thanks to President Mnangagwa. He didn’t only stop there, he went further and engaged communities that were affected by that conflict,” he said, however still referring to Gukurahundi as conflict and not genocide.

“Most of the chiefs have assembled quite several times and I was coming as part of the president’s delegation; I remember four times that we participated at the State House, where everybody expressed themselves and a way forward was charted by those chiefs.”

Mangwana said chiefs and the communities affected by Gukurahundi including civil society organisations that were involved have spoken on issues they wanted to be directly dealt with.

“There are being dealt with. Issues of exhumation are addressed in terms of the cultural norms of those communities, issues of birth/death certificates, marginalisation so I believe the government is doing what it can to be an inclusive government to all Zimbabweans,” Mangwana claimed.

Reached for comments, analysts said the unequal structure of the Zimbabwean economy has impact on economic opportunities at the more marginalised end.

“The government is promoting marginalisation. The latest case is the wanton decision by a civil servant to limit the number of issuing national IDs to just a 100 a day during the current registration blitz. The government is saying it has launched a registration blitz but the systems are still operating on the normal slow gear. How can the Registrar General be allowed to act against a government programme, unless it is by complicity of the same government?” said political analyst Patrick Ndlovu who questioned the limitations of the mobile registration programme currently underway.

“Where do we see marginalisation? What has been done to address that? Has construction at the National University of Science and technology picked pace? Is the Gwayi-Shangani dam being constructed? Is the water situation in Bulawayo addressed? These are issues that people clearly need to see on the agenda and if these are addressed, it may indicate some inclusive growth in places where marginalisation was a challenge,” he said. 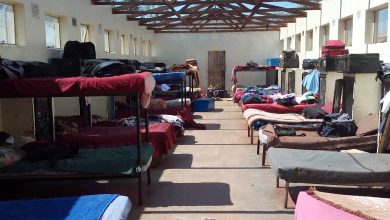