The Malipati community in Chiredzi South, which borders Mozambique and South Africa, last year constructed a tourist facility as part of a community-based ecotourism model that can be applied to the development of tourism villages.

Bordered by Gonarezhou National Park on three sides, the camp is set high up on the banks of the Mwenezi River, with views across to the Malipati Safari Area, downstream of Swimuwini and Rossi Pools in the south of Gonarezhou.

Bosman Camp is located in Ward 15, where 12 villages established Malipati Development Trust to manage the facility.

“Ward 15 will benefit from the Bosman Camp. There are 12 board members because each village has a representative on the board. Each village elected one representative to the board. That member is in charge of collecting funds for whatever needs to be done in the village,” said Chairperson of Malipati Development Trust, Lawrence Moyo while addressing journalists touring Gonarezhou recently.

Moyo stated the community was inspired by a model used by a white settler named Bosman, who ran a tourist facility there prior to the liberation struggle.

“When Bosman made money from the place, he would assist the community build diptanks and roads. That money was collected by the District Commissioner, who was the DP at the time. But when the liberation struggle came, Bosman fled back to his country. He is now late but his wife is still alive. We thought as a community that we could use the same business model as Bosman,” he said.

Moyo said to empower themselves, the community also took advantage of the treaty established in 2002 under the Greater Limpopo Transfrontier Park (GLTP), which includes Gonarezhou National Park in Zimbabwe, Limpopo National Park in Mozambique and Kruger National Park in South Africa that has become one of the largest conservation areas in the world at 35 000 square kilometres

“The nearby communities should do some projects that benefit them as part of the GLTP treaty signed by these three countries. The tourist facility made sense for us because we are close to Mozambique and South Africa. In fact, Chipinda Pools where Gonarezhou National Park is, is much farther away than South Africa,” said the chairman.

“In 2004, as a community we tried to apply to the National Park but they charged us $10 038 to lease the place. We couldn’t afford to raise that money but the desire was still there to run a tourist facility,” Moyo said.

Because the community lacked business knowledge, they enlisted the help of the Gonarezhou Conservation Trust (GCT), which assisted them in finding partners to develop their idea.

“We even prayed to God to intervene so that we can build this thing. At last, our good God answered our prayers,” Moyo said.

He explained that the Bosman camp is now a tourism collaboration between Malipati Development Trust, Gonarezhou National Park, and the Chiredzi Rural District Council, with assistance from Sustainable Agriculture Technology, WILD-Africa.org, and funding from the European Union and USAID.

GCT pays the community trust around that area a lease for the land and a bedight fee; with these funds, the community has been able to build a school, housing for teachers, and refurbish a clinic that serves the area.

“These three partners believed in our vision but we as the community did not know how to execute it,” Moyo said.

“We are giving the community some time to do capacity building in order to manage the facilities and market it. In the future when they have the capacity, they can run this on their own. At the moment GCT is running all the operations but the community takes the money generated,” he said.

“The aim is to attract visitors who go to Kruger National Park, if the community can just get 10 percent of that two million that will be significant.”

“As locals, we must develop all our potential to increase the welfare of people. We identified this place for potential for tourism development that can also develop the villages,” Moyo said.

“Our plan is to build more chalets at Hloboneni, Sakhanagotje (sp) and a number of other places in order to get clients from South Africa.” 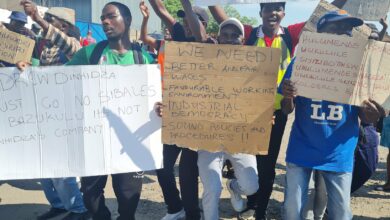 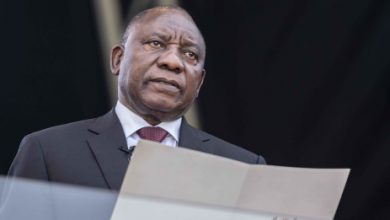