Seven Lupane State University (LSU) students who were arrested, Monday, for public disorder and obstruction of justice have been granted bail.

The university`s Student Representative Council (SRC) president Silas Makusha was arrested by police at the university premises at the Parkade Center for disorderly conduct as defined in section 41 of Criminal Law (Codification and Reform) Act, Chapter 9:23.

Makusha will be back in court on April 2 for the commencement of trial.

Bulawayo Magistrate Fraklin Mkhwananzi granted the accused bail as they are students who need to study in preparation for their examinations.

The court heard that Makusha was asked to produce an identity document by the security guards manning the university`s campus entrance point.

The state alleges that Makusha refused to cooperate and forced his way into the elevator.

The court heard he allegedly assaulted one of the security guards who was trying to remove him from the premises.

The state alleges that after Makusha was arrested about 40 students from the same University who were acting in solidarity with him approached the arresting officers and demanded his immediate release.

The court heard that the sextet was part of the group calling for Makusha`s release.

The court gallery was packed with LSU students who came to offer moral support for their arrested colleagues.

The SRC vice president Daniel Mudzimba said the students are standing together in support of their colleagues.

“LSU students have shown a united front, some have been helping to get the lawyers that represent the accused,” said Mudzimba. 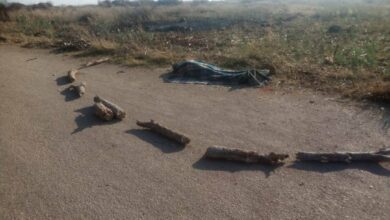