The Ministry of Public Service, Labour and Social Welfare, has submitted a list, to Treasury, of over 200 000 targeted beneficiaries to receive cash transfers in light of the lockdown that was put in place to contain the spread of COVID-19.

The cash transfers, according to the Deputy Minister, Lovemore Matuke, are part of social protection programmes to mitigate the effects of COVID-19 and drought, which he said have rendered a majority of citizens vulnerable, leaving them looking up to the state for support and protection.

“The Ministry of Public Service, Labour and Social Welfare has a constitutional mandate to provide social protection services to vulnerable groups including the transitory poor. After the declaration of COVID-19 as a national disaster and subsequent imposition of lockdown measures to contain its spread, the ministry scaled up its social protection programmes,” he said.

In his speech, Matuke said the ministry submitted a total of 201 631 names to Treasury, whose livelihoods were affected by the measures put in place to contain the spread of COVID -19.

“The ministry received a list from the Ministry of Women Affairs, Community, Small and Medium Enterprise Development, local authorities and informal traders associations. A further 800 000 were identified through the Econet platform, Payment will commence once treasury authority is granted,” he said.

Matuke noted that so far, 21 000 people have been paid mostly from Harare and Bulawayo.

“We hope to pay more, now we are working with small towns such as Masvingo, Mutare and Gweru but Harare and Bulawayo have received quite a substantial amount. Our officers will identify vulnerable people regardless of religion and politics so once they establish the names the money is paid,” said the deputy minister.

He acknowledged that there were delays in the process of identifying candidates as some individuals were cheating.

“You would find one’s name appearing in Mpopoma and again in Tshabalala so we took a bit of time to clean up the list. The list is based on people who are vulnerable and not politics as people may perceive. If there’s an issue like we will deal with it,” Matuke said.

Meanwhile, the government has distributed a total of 7 114 .19 metric tonnes for food-deficit mitigation to vulnerable communities in all eight rural provinces.

“Government also has disbursed under cash for cereal,  a total of ZWL$3 870 089.25 to 21 431 urban food-deficit mitigation beneficiary households in Bulawayo and Harare within these two weeks since lockdown measures were put in place.

“A further ZWL$4 756 409.20 has been paid to 26 140 beneficiary households in other urban centres throughout the country. Government payments will replace grain allocation in urban areas. Registration of beneficiaries is ongoing,” Matuke said.

Under the harmonised social cash transfer government, has paid a total of ZWL$ 61 283 to four districts, whose payments are paid monthly. Payments for the other districts under the programme is being processed. More districts will be added on the programme once targeting has been completed.”

The Deputy Minister added: “Under Public Assistance, a total of 8 551 were paid a total of ZWL$ 2 052 240 during the same period to mitigate the effects of COVID -19 and those of poverty. These payments are made on a monthly basis.”

Matuke said there were measures to fund people who have become vulnerable during the lockdown.

“It’s a continuous process, government is paying the ZWL$180 in urban setups and food handouts in rural areas. The reason why we are giving those in town money, is most of them have handsets. It’s easier to pay and they can buy food in small quantities.

“Those in the rural areas receive cereal, if we have enough resources we can give them sugar beans but continuously, people have been receiving cereals. We do have some few districts where we also have been paying cash but they are not many, where somebody is paid cash (ZWL$80) and chooses what to buy,” the deputy minister highlighted. 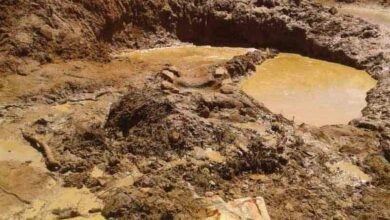