Bhalagwe, in Kezi, Matabeleland South, one of the areas that bore the brunt of the Fifth Brigade operations, will host the launch of a national documentation programme for victims and survivors of the Gukurahundi massacres.

President Emmerson Mnangagwa will officiate at the event.

This was one of the outcomes of a closed door meeting between Mnangagwa and the Matabeleland Collective at the Bulawayo State House on Saturday.

Thousands of people were killed and their remains were thrown down the shaft of the disused Antelope Mine.

Emerging from the meeting, Permanent Secretary in the Information Ministry, Ndavaningi Mangwana, said the meeting was a follow up to the previous meeting held on February 14, where various issues were discussed.

He said this included an exercise to issue out documentation to victims of Gukurahundi to be rolled out as soon as the involved parties have agreed on all logistical arrangements.

“Subsequent to the February 14 visit, there was another implementation visit by Home Affairs and Cultural Heritage Minister, Kazembe Kazembe. Today the president came and discussed the issuance of birth and death certificates, exhumations around the historical Gukurahundi conflict,” Mangwana said.

“Also on the table were issues on youth empowerment, women’s quota, corruption in district Councils Matabeleland Zambezi Water Project. From these summarised outcomes, a roll out will follow in September, which is going to involve chiefs, the National Peace and Reconciliation Commission, Matabeleland Collective as well as the government.”

However, President Mnangagwa did not address the crowd.

Addressing the press afterwards, leader of the Matabeleland Collective, Jenni Williams, noted the meeting was called on short notice but Mnangagwa cleared his schedule to attend.

“For us civic society and churches, this was much more meaningful because now we are actually operationalising some of the items in the implementation matrix. Today was our engagement with His Excellency but there have been engagements with various line ministries, at various ministerial, permanent secretary and actually at provincial level,” she said.

Williams noted that since Gukurahundi was identified as the “thorn in all our flesh”, it had to be dealt with carefully.

“The first item was the president must create a dispensation that there will be free documentation for all victims of Gukurahundi and generally people who live in Matabeleland,” she said, adding legislation was needed to state exact cause of death in death certificates for Gukurahundi victims.

“For us in Matabeleland we want it to be clear these people were killed during Gukurahundi and so the death certificates of our lost loved ones must be a truth telling element. I think some of those issues have now been addressed,” she said.

Williams said next was set up a launch event on the issuance of this documentation in Matopo District, around Bhalagwe, where most of the Gukurahundi killings took place.

Williams also said that the Matabeleland collective was clear that to deal with Gukurahundi, there should first be an acknowledgement by the government.

“This was not a Rwanda style genocide this was not people of Shona tribe coming and killing the people of Matabeleland. This was state soldiers paid on the salary who came here and killed people.  So for us the acknowledgement that this is what happened and how it happened is very important,” she said.

The Matabeleland Collective leader was also clear that the acknowledgement must come from President Mnangagwa.

“The head of state is the person who should be able to acknowledge that the soldiers were deployed by the government and we remain committed to identifying how that acknowledgement looks and how the apology looks. But for us the position is not only the government to do that but our communities carrying that suffering, they have to describe that process,” Williams said. 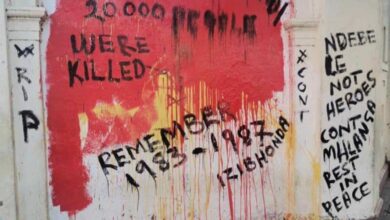 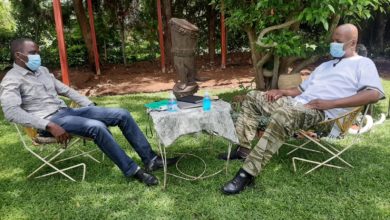 Cultural practices a hindrance in the fight against Covid-19