A week ago Kwese announced that the public could now reap the fruits of their partnership with iflix. They have also made Kwese PLAY available in Zimbabwe (previously only available in SA). The introduction of these two may cause some confusion as people had become accustomed to Kwese TV, which is Kwese’s satellite TV offering and this was introduced last year.

Considering the fact that Kwese now has 3 services which all offer video content, to say there is some confusion is an understatement. Now let’s point out the differences between these services and hopefully dispel all the myths surrounding Kwese’s triple-threat. Kwese TV is Kwese’s satellite TV offering. It is similar to Multichoice’s DStv. For Kwese TV, subscribers have to fork out $29/month for the most expensive bouquet. Kwese’s bouquet had around 80 channels when we last checked and we are not aware of any changes to this number.

So if you have the Kwese TV satellite mentioned above you can download and use the Kwese TV app to use on other devices via the internet. This app just allows you to expand the number of screens you can enjoy your Kwese TV to up to 5 screens: mom, dad, two kids and the dog… Another use case is to watch your Kwese TV away from home maybe on the kombi or at your in laws when you just need to escape into your lounge. It’s like moving around with your decoder, dish and TV in your pocket. You don’t pay extra for this.

Kwese iflix is a VoD (Video on Demand) service that has a library of movies and shows. One of the major differences between Video on Demand services and satellite TV is that on satellite TV you watch scheduled programs whereas on VoD you can watch whatever is on offer at whichever time suits you. This convenience is among the factors that helped catapult Netflix to popularity. VoD also requires you to be connected to the internet so there is no need for a satellite dish.

The service costs as low as 60c for a single day and $3.99 for an entire month. This is a great pricing structure but the only stumbling block that will be faced by the users of this app will be the cost of data. Data is not exactly cheap and the data necessary to stream may make this a hard deal to swallow for some.

Kwese has however tried their best to ensure that users can use the app at least Econet subscribers. When you buy a data bundle you’ll get a similar amount of data that you can watch on the Kwese iflix application. If you buy 250Mb, you’ll get 250Mb extra that you can use within Kwese iflix. This is quite the bundle as it means whenever you buy a bundle you can download some episodes of your favourite shows and watch them later. Econet was also giving out 1GB free data to subscribers for them to test out the app which is a cool way to get people using the app.

The fact that Kwese iflix is only available through an application means it’s a mobile-only experience which some may not appreciate, but those with larger devices and tablets will probably gobble up this service. An internal staffer used the iflix app and she enjoyed the experience.

Think of Kwese PLAY as a lovechild of sorts with content from Kwese TV and Kwese iflix, with a few new twists. Kwese PLAY is a Video on Demand service just like Kwese iflix, therefore you have to be on the internet.

What’s the difference between Kwese iflix and Kwese PLAY you may be wondering? Well, Kwese PLAY brings what you get on Kwese TV + Kwese iflix and on top of that you also get Red Bull TV, YouTube, and TED. All in all, there are over a 100 channels and it seems like the most comprehensive offering by Kwese.

For $33/month you can get your Kwese PLAY goodness and if you’re a ZOL subscriber, your monthly internet data will not be affected when streaming Kwese and iflix content. This makes it very affordable since the stumbling block stopping people from streaming regularly is the cost of data.

Unlike Kwese iflix, Kwese PLAY comes with a streaming box, which means you can consume your content on your TV. The streaming box also comes with Netflix pre-installed but if you want to subscribe for Netflix that will NOT be part of your $33 and your data will be affected when watching Netflix. This is because Netflix is not a Kwese PLAY service but rather only comes pre-installed on the Roku box that Kwese is using for Kwese PLAY. 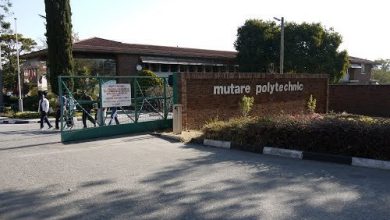 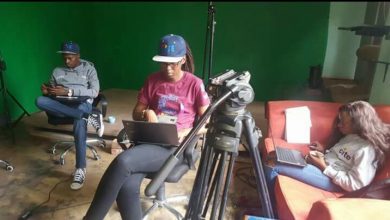