An Airforce of Zimbabwe pilot who allegedly murdered his girlfriend after accusing her of cheating on him was Thursday denied bail by a Bulawayo High Court Judge.

Duve was a lawyer who worked for the Gweru Legal Aid Directorate.

The accused through his lawyer, James Makiya of Makiya and Partners had applied for a bail application at the High Court pending trial.

“It is now trite, that where the evidence against an applicant is overwhelming, the risk of absconding is high. The court is aware that the applicant does not deny assaulting the deceased,”

The Judge said the post mortem results indicated that the deceased sustained a skull fracture and subarachnoid haemorrhage, as a result of Musonza’s assault.

In denying bail, Justice Makonese said the court had taken into consideration the facts surrounding the commission of the offence as well as the defence raised by the accused.

Since last year, Musonza’s trial has faced a number of false starts, which included Gweru courts ordering his immediate release after police had over detained him.

Musonza had been detained for 53 hours instead of 48 hours as required by the constitution, Gweru Court said after police delayed taking him to the Magistrate’s Court which a just a stone throw away.

The court said the matter will proceed by way of summons.

When the matter was moved to the Bulawayo High Court, his defence counsel made an application to have the matter referred to the Constitutional Court for the purposes of challenging the existence or presence of assessors on the High Court bench.

The trial failed to kick off again after his lawyer fell sick resulting in the matter being removed from the roll.

According to the state outline, on the fateful day, Duve was at her residence at 16 Acacia Road, Windsor Park in Gweru.

It is the State’s case that on November 25, Musonza went to their lodgings at around 10PM and found Duve asleep.

He allegedly accused her of cheating on him with his colleague and the two allegedly drove to the airbase since Musonza wanted to clarify the matter.

They allegedly woke up Duve’s alleged lover who denied being in a relationship with her.

His colleague tried to restrain him but was overpowered before he ran away from the scene to seek assistance from colleagues.

Upon their return they found Duve lying unconscious in a pool of blood.

Musonza later drove Duve to Clay Bank Hospital in the company of two of his colleagues and another female who was said to be Duve’s friend.

She was pronounced dead on arrival at the hospital leading to the arrest of Musonza.

A post-mortem report showed that Duve had a fractured skull, blood clots in her brain and that her lungs were affected by the attack among other injuries. 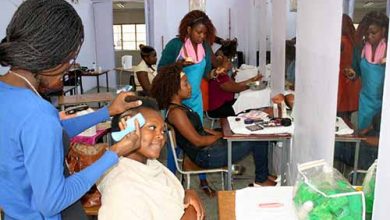 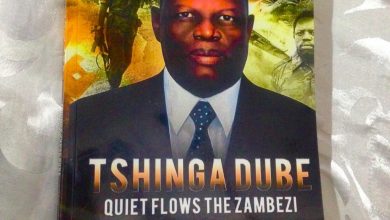