The Kalanga Language and Cultural Development Association (KLCDA) and Zapu have mourned the departure of veteran journalist, writer and war veteran Saul Gwakuba Ndlovu, who passed on last Friday in Bulawayo.

“The Kalanga Language and Cultural Development Association (KLCDA) has learnt with shock and sadness of the death of one of its long-serving trustees, Saul Gwakuba Ndlovu, who passed on Friday last week,” said KLCDA chairperson, Sotsha Moyo in a statement.

“It is unfortunate that this great luminary of Kalanga history and culture has departed before we could extract enough from what he had to offer. It thus goes without saying that Ndlovu’s death has left a great void that will be difficult to fill amongst BaKalanga and other nations whose history he had on his fingertips.”

Moyo said Ndlovu’s contribution to KLCDA can be traced back from Zimbabwe’s colonial era although he did most of his work post-independence.

“KLCDA in its current form owes a lot to Ndlovu for his foundational role particularly through the Zimbabwe Indigenous Languages Promotion Association (ZILPA) which lobbied for the recognition of the country’s then marginalised indigenous languages,” he said.

For many Zimbabweans, Moyo said, Gwakuba contributed to self-identity which had been lost through several years of colonisation.

“For BaKalanga, his contribution to cultural and linguistics became a pedestal for Kalanga renaissance. Most importantly, Ndlovu believed in cultural restoration without returning to primitive life and we are glad that Section 6 of the country’s Constitution honoured his ambition,” elaborated the KLCDA chairperson.

“Ndlovu was a sociable and accommodative listener who embraced divergent views from all and sundry. A historian par-excellence, he loved sharing his knowledge with everyone, especially the young, because he believed they had the potential of illuminating the future through fact-checked knowledge and information.”

KLCDA, through its successive leadership, Moyo said, will consider memorialising Ndlovu’s immense knowledge through making collections of what he pencilled and compiling it into books, documentaries and other storable sources of information.

“Zapu is once again in mourning as another of our giants has departed,” said ZAPU spokesperson, Iphithule Maphosa in a statement.

He added: “We however take comfort from knowing that he left behind his skills as he willingly shared them with upcoming professionals. This is another of his illustrious and patriotic service to the country. It has been an eventful race and our cadre has run it well. May his soul rest in Peace as his rich legacy continues into eternity. Go well our comrade, teacher, mentor and father.” 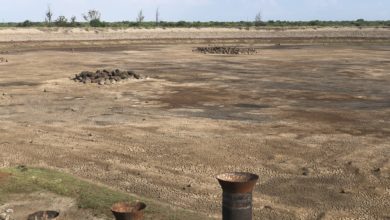 Gukurahundi should have been resolved decades ago: NPRC 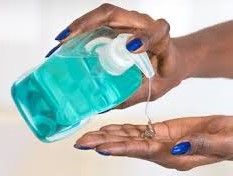