The organisers of the Bulawayo Arts Awards (BAA) have said contrary to the general belief, the awards are decided by various technical committees of judges rather than a popular public vote on online platforms.

Responding to Bulawayo writer, Byron Rheam, who has questioned the awards’ voting process as a way of determining the winners of the gongs, the BAA spokesperson, Nkululeko Nkala said the popular vote is a publicity stunt.

In a comment shared by publisher, Jane Morris, Rheam had questioned the rationale of having literary awards decided through a popular vote.

“Ultimately, this kind of approach can only be fair if someone has read all the shortlisted books and they are not just voting for someone because they are a family member, an old friend from school or the only person they know on the list”

Nkala said the popular vote process has worked well in publicising the awards and the creative work contesting.

“I can assure you many people know the creative works in the contest because of the circulating posters,” he said.

Prominent playwright and one of the organisers of the awards, Raisedon Baya said they noted Rheam’s comment and added that votes were a negligible part of the whole process.

The awards will this year be held on Saturday 6 November. 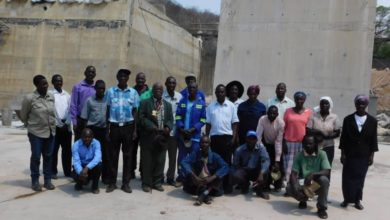