On 26 June, the government claimed the suspension was meant to allow investigations into illegal dealings connected with the foreign currency black market and to put in place reforms that restore mobile money platforms to their original purpose.

“Confidence in the future of the economy is at precarious levels,” bemoaned Sibanda.

Sibanda said pension funds were among those hardest-hit by the suspension of trading on the ZSE as that limits options to preserve value of funds entrusted with them.

“People with excess local money look for ways to preserve value due to persistent devaluation of the local currency,” said the economist.

“One option is to buy shares hoping that they will realise some value in the future. The other is to buy foreign currency. Since there’s not sufficient currency this puts pressure on the stock exchange causing share prices to go up.”

“These are not expected to participate in foreign currency trading,” said Sibanda.

“They are in the circumstances forced to buy expensive shares and recipients of the share proceeds then buy foreign currency.”

He said under normal circumstances buying real estate is an option normally available to pension funds but was quick to say the prevailing conditions were not attractive to disposal of real estate.

“The suspension of trading on the stock exchange is not new,” he said.

“It was done during the era of [Gideon] Gono. The suspension of trading will not improve pressure on the currency market. Investors already low in confidence have been forced to hold on to their shares.”

Bonus payment hangs in the balance 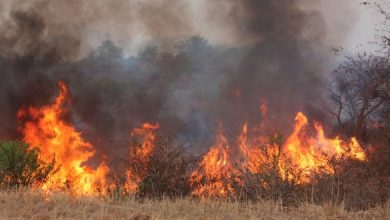