The fire brigade is yet to ascertain the cause of the fire that gutted 5 residential flats in the city centre on Tuesday as the tenant in the flat where the fire originated from absconded.

The fire, at Ringwood Flats, located at the corner of Second Avenue and George Silundika Street is said to have started around just after 4 pm.

Property worth ZWL$70 million was destroyed in the inferno.

According to a preliminary report, the fire brigade received the distress call at 1750hrs and dispatched three fire engines to the scene.

“On arrival, the brigade found the top floor of a three-storey residential flat comprising five flats well alight with a very large crowd on the ground,” read the report.

“All the five flats were well alight and severely damaged by fire. The whole flat had been evacuated.”

The report indicated that the cause of the fire was yet to be known as “the tenant where the fire is said to have started absconded”.

“The brigade used two jets with breathing apparatus stage one to put out the fire, carried out fire investigations, salvage and check for any missing or injured persons.”

There were no casualties in the incident.

Bulawayo mayor Solomon Mguni said most buildings in the city were now prone to fires as they have gone for many years without proper maintenance.

“It is high time property owners take compulsory fire insurance to cover risks such as these. We commiserate with residents who have lost their valuables in this inferno. Our city buildings are now old and dilapidated and as such are now prone to fire outbreaks,” he said. 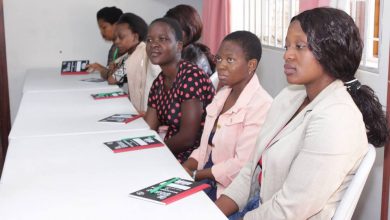