Information on the deadly Coronavirus Disease (COVID-19), which has infected over two million people and claimed thousands of lives worldwide, is still scarce in rural Matabeleland, a civic society organisation has said.

Zimbabwe has so far recorded 28 confirmed cases of the deadly pandemic including four deaths and two recoveries.

Masakhaneni Trust human rights manager, Edna Bhala, told CITE that during their recent visits to some parts of Matabeleland they discovered that information on COVID-19 was still scarce with people sharing the little knowledge they have at gatherings such as funerals.

As part of the measures to fight the disease the government has since limited to 50, the number of people at funerals.

“Most people we engaged with, have no knowledge on what to do if they suspect one is infected by the Coronavirus pandemic. In Matobo information has trickled in through gatherings such as funerals and the Ministry of Information through food distribution points of which they said these come once in a while.”

She said lack of information in rural communities had affected treatment of other diseases with people now fearing going to the clinics whenever they fall sick.

“Even for other ailments people are no longer sure whether to go to clinics or not because in some clinics nurses are also scared to contract the virus because they don’t have protective clothing,” bemoaned Bhala.

“Some villagers were saying nurses were encouraging people to use herbs and avoid going to the clinic fearing that they also do not have protective clothing,” she said.

Bhala said COVID-19 had affected treatment of chronic illnesses with attention having since been shifted to the novel pandemic.

The Human Rights Manager added that lack of knowledge in rural areas was providing fertile ground for COVID-19 myths to thrive.

“Other villagers were saying they would believe that the coronavirus is real when after it has claimed many lives,” said Bhala.

“Others just believe it is a satanic and urban disease that will not affect rural areas. Even though business is slow in some areas people are continuing with business as usual in their drinking spots.” 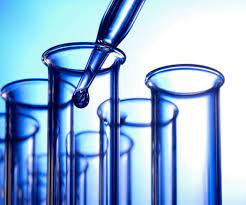