THE Bulawayo Vendors Traders Association (BVTA) has proposed a new law to govern the conduct of informal traders in the city.

This is meant to replace the current 1976 council by-law which the association said was now outdated.

Currently the Bulawayo City Council is in the process of revising the Urban Council’s Hawkers and Street Vendors By-law Statutory 902 of 1976.

However, council’s proposed bill – has been met with objections as it said to be restrictive and does note educate vendors on their rights.

In an interview with CITE, Bulawayo Vendors Traders Association (BVTA) Executive Director, Michael Ndiweni, said the laws that are used to govern the informal economy in Bulawayo are old and outdated.

“If juxtaposed with the new constitution, the council law must be null and void,” said Ndiweni.

“The 2013 constitution has an expanded bill of rights that talks about enabling an environment for people in the country to participate in any economic activity of their choice.

“This current vendors law was effected in 1976 during the Ian Smith regime, which segregated the black person from even walking on a pavement yet we are still using those laws to prohibit trade in the CBD. These laws are against our constitution and need to be redressed,” he added.

The association has reached out to its members and come up with their own proposed by-law.

“We developed a modern by law as a tool to administer the informal law in Bulawayo we have engaged experts spoke to a number of stakeholders and started this law in 2015 we did small surveys then went to a comprehensive study from May 2017 to April 2018 as part of the recommendations we came up with a modern bylaw,” said Ndiweni.

“Nothing major was changed in the council’s proposed law but just had some terms removed. It is not dynamic or cognisant of a rights-based approach that is key to legal drafting. Instead of a restrictive law, it must tell you what rights you have, which must be developed using a rights-based approach, supremacy of constitution and national objectives,” said Mukwewa.

“Decentralisation is also key and the informal traders are proposing that each housing office and sub housing office should have capacity to offer licenses in line with devolution”.

Mukwewa added the alternative by-law would do away with bastardised terms such as hawkers and vendors.

“In 1976, those terms had a different connotation that meant such persons were a crime in waiting and should be arrested. We have decided to use informal traders, which means we know a person is in trade. Even the signs plastered on building, saying no vendors allowed mean that informal traders can’t enter a certain building because of such signs but if acknowledged as informal traders, they can enter and trade.

“Equally the informal traders want to trade within ambit of law prohibitions, for example not to trade without a permit. Trading hours have been also descried as part of the current problems as city fathers were claiming traders traded at unholy hours, the proposal is trading hours must be looked at on a case by case basis,” he said.

BVTA’s gender representative, Pretty Mpofu, said since the majority of traders were women, the city council must effect that into their proposed legislation.

“Some women are victims of abuse especially when they face off with license inspectors who take advantage of them because they have no licenses. Sometimes when a scuffle arises between authorities and informal traders, women are caught in between and their children are injured in the process,” she said.

Mpofu also noted that women traders needed proper ablution facilities, which must be included in the new by-law.

“Some of the selling bays don’t have toilets, in other areas the toilets are not user-friendly. Women often fail to dispose their sanitary wear during their monthly menstrual cycle while there are no spaces to properly change their children’s diapers,” Mpofu summed. 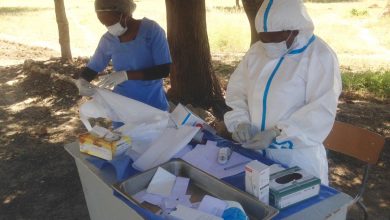