Former Ntabazinduna Chief Felix Nhlanhlayamangwe Ndiweni has declared that Zimbabweans based abroad will carry out their own independent diaspora vote in 2023.

Zimbabweans abroad have been clamouring for a diaspora vote, while the government insists, they can only enjoy that right while within the country’s borders.

However, Chief Ndiweni who has been active in advocating for a diaspora vote, said Zimbabweans abroad will facilitate an independent process which will see nationals casting their votes in 2023 without the involvement of the Zimbabwe Electoral Commission (ZEC).

“The diaspora vote campaign is alive and kicking. All the signs are showing that next year in 2023 we will have an independent diaspora vote. I underline word independent because the government of the day has said so many times and backed up its argument in the courts that it does not wish to see a diaspora vote,” he said on Monday during a twitter space hosted by CITE.

Faced with such resistance, Chief Ndiweni said it is incumbent upon people to seek their human rights in other ways and facilitating an independent diaspora vote was one such way.

“This will be done independently, the United Kingdom, the African Union (AU), SADC and the United Nation will recognise that election. They will say yes, it is a bonafide, independent free and fair election even though it does not have ZEC and the government of Zimbabwe in it,” he said, noting that some Zimbabweans abroad have been registering on their website for that diaspora vote

“It will be electronic whereby any Zimbabwean anywhere, so long as they have a smartphone anywhere in the world will be able to vote using that device. It is user friendly, there will be no queues at the embassy but will be very personal and secure as well. So, we are somewhere down that road.”

Chief Ndiweni claimed this independent diaspora vote may also help in solving the legitimacy of the elections, should the results be disputed.

“Whatever transpired inside Zimbabwe is going to be put against those figures and at that particular conversation on election night, when the election is disputed that is when the independent diaspora vote comes alive.  Because when discussions are going on about which way Zimbabwe should go after that election, that envelope (of diaspora votes) will sit on the table with all other information,” he said.

“When they are negotiating and talking (about the election result), they will say look at the five or six million in the diaspora who voted in this way, what do you say about that? You can’t negate those especially if only four million voted in Zimbabwe. So here we are looking at a powerful way of bringing in the diaspora vote.”

Because of its refusal to deny its nationals based abroad their right to vote, the chief claimed the Zimbabwean government was now becoming an ‘embarrassment’ to other African countries.

“On July 31, 2022, the Senegalese diaspora voted in their embassy in London including other consulate offices in Birmingham, Manchester and various other places,” Chief Ndiweni said, noting that Zimbabweans learnt this after handing in their diaspora vote petition to the Senegalese embassy, as Senegal is the chair of the AU.

“A number of nations now for the last 20 or so years, after every election when they produce their election report always say to the Zimbabwean government, ‘your diaspora people must vote.’ During our 10km walk in London pushing for this vote, we proceeded to the embassy of Senegal, our biggest office on the African continent to hand over the petition and the gentleman there asked ‘what the issue was, as this was African backwardness.’”

The Diaspora vote is an expected issue that when the Senegalese voted from abroad, they went on with it normally, Chief Ndiweni remarked.

“There was no big song or dance about it but it was just a mundane thing. This issue of Zimbabweans not allowed to vote has now become an embarrassment to the African continent and African countries are feeling embarrassed by it, to say, ‘how can our colleague Zimbabwe behave this way?’ It’s like having your friend who walks out of the house naked and you feel embarrassed and this issue has come to that level where you can feel the embarrassment,” Chief Ndiweni said. 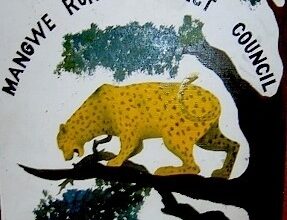