CITIZENS have recommended that the government consider geographical sizes of beneficial areas when disbursing devolution funds in order for local authorities to effectively implement their intended projects, Parliament has heard.

This was revealed, Tuesday, during a presentation of the report of the Joint Committee on Budget, Finance and Economic Development and the Expanded Sustainable Development Goals following the 2021 post-budget feedback meetings.

Presenting on behalf of the Committee, Buhera Central MP Dr Mathew Nyashanu explained that the budget consultations were held in line with the principles of budget transparency, which underscores the need to have a comprehensive feedback mechanism for citizens to know how their inputs into the budget were considered.

“As the representative of the people, Parliament is mandated under Section 141 (a) to ‘facilitate public involvement in its legislative and other processes and in the processes of its committee.’ Section 13 (2) further stipulates that ‘the people must be involved in the formulation and implementation of development plans and programmes that affect them,” said Dr Nyashanu.

He said people suggested that funds allocated for devolution should be disbursed all at once to enable local authorities to plan and implement projects efficiently.

“The people called upon the Government to put in place an Act of Parliament to support the implementation of devolution funds. Others proposed that the sizes of districts should be taken into consideration when allocating devolution funds as some districts cover a very large space of area and population.”

He said citizens noted that transparency and accountability from authorities is key when handling devolution funds.

“They noted that local authorities should be assessed quarterly on their usage of devolution funds and where possible, there is need to follow up and audit on their use of these funds.”

Dr Nyashanu added that the citizens who were consulted also implored the government to allocate more money towards water and sanitation.

“Many centres mentioned the importance of water availability in their communities which should be addressed by the 2021 National budget,” he said.

“The majority of the people pointed out the need to expedite the construction of dams and boreholes in both rural and urban areas as livestock and people largely depend on these. Government must prioritise completion of some dams already budgeted for in the 2021 national budget such as Gwai-Shangani.” 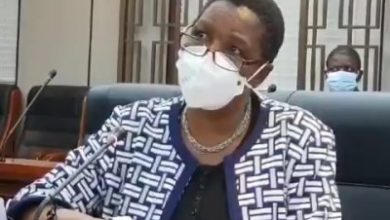