Deputy Minister of information, Publicity and Broadcasting Services Kindness Paradza has called for establishment of a National Employment Council (NEC) to cater for the welfare of media practitioners.

He was speaking while giving a solidarity message at the Zimbabwe Union of Journalists (Zuj) congress in Harare.

The call comes at a time when poor remuneration of journalists and lack of empowerment for them has become thorny issue within the industry.

“Today’s event corresponds with our objective of recalibrating the sector so that the nation is able to access credible information.

“You must cause for the establishment of a National Employment Council for the industry to ensure the issues of remuneration and working conditions are addressed in a structured and systematic way. As a ministry we are there to assist in that regard,” said the deputy minister.

Currently the media industry falls under the NEC Printing.

Journalists should also refuse to be abused by those in position of
power and with money, said the deputy minister.

Himself a former journalist, Paradza said over the years journalists have built millionaires through their writing while they remain poor and getting nothing, or beer in return.

Paradza challenged Zuj to establish a research desk to guide the industry and help advise journalists on how to best exploit all
emerging technologies to their best advantage.

He said the workplace has evolved radically, so is trade unionism, and journalism should adapt or die, and this is where research plays a key role in informing journalists.

The deputy minister also called for professionalism among journalists especially as the country heads towards harmonised elections next year.

“Please change the narrative and focus on developmental and solution journalism, and desist from the old fashioned journalism of hate and attack,” he said while calling for professionalism, credibility and integrity.

Journalists who attended the congress resolved that establishing an NEC should top the agenda of reforming the media sector so as to improve working conditions, salaries and welfare of journalists. 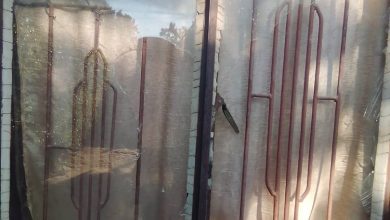