The Bulawayo High Court has dismissed an order to arrest South African Amapiano kingpins, Scorpion Kings, after they failed to perform at the Victoria Falls Carnival in April this year.

High Court judge Justice Martin Makonese in a ruling delivered on Tuesday also ordered that the Sheriff of the High Court pay back US$18 400 the duo had paid to avoid arrest.

This is after Petrus Kabelo Motha (Kabza De Small) and Themba Sonnyboy Sekowe (Dj Maphorisa) through their lawyer, Zibusiso Ncube of Ncube and Partners had approached the High Court seeking an order to set aside the writ of execution.

The Victoria Falls Carnival (Pvt) Limited and Sheriff of the High Court of Zimbabwe were listed as the first and second respondents, respectively.

“The writ of execution issued by the Registrar of this Honourable Court under case number HC 1804/22, is in variance with the interim relief granted in the provisional order and ipso facto declared invalid and therefore set aside,” the ruling reads.

“The 2nd respondent (Sheriff) be and is hereby ordered to immediately payback to Applicants or their nominated agents the sum of US$18 400 which applicants had paid pursuant to the writ of execution in the matter number H 1804/22.”

The Victoria Falls Carnival (Pvt) Ltd was ordered to pay the costs of suit on an attorney and client scale.

The Scorpion Kings were in Bulawayo last Sunday for a show at the Boundary and the order for their arrest was issued hours before their show.

They did manage to entertain their fans who attended the show but were to encounter the country’s justice system the following morning after the police and officers from the Sheriff’s office besieged the Holiday Inn to arrest them.

The superstar DJs together with songstress Sha Sha, who at the time belonged to their stable, had been billed to perform at the Victoria Falls Carnival in April but they did not turn up.

The organisers then demanded damages of about R440 000 but the artists only committed themselves to pay R230 000. 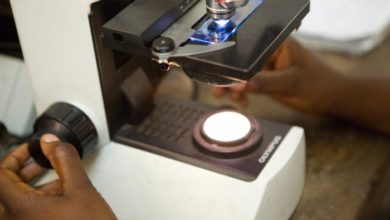