In the wake of an increasing number of people requiring hospitalisation, the death of two government ministers in two days this past week plus an alarming death rate due to the new coronavirus, President Emmerson Mnangagwa said help in the form of Covid-19 vaccines was coming.

However, the president did not clarify more as to when the vaccines would be delivered and which manufacturers had been engaged.

Neither did he clarify the arrangements or financing deal that would see the country receive delivery of the highly sought after vaccine, save to say that experts were assessing the different vaccines.

The president noted that consultations are underway with the private sector to make sure resources were pooled in.

“We will spare no effort, spare no resource to save the lives of Zimbabweans. We will spare no effort to protect our frontline staff which have served remarkably well under very challenging conditions in these trying times. They are the heroes and heroines of our nation  and should receive priority protection so they in turn protect you, me, all of us,” he said.

Health workers on the frontline would be the first on the queue to receive the Covid-19 vaccine, said President Mnangagwa.

The president said like the rest of the world, Zimbabwe was under renewed attack from Covid-19 and admitted that the fast spreading disease has “come back with a vengeance.”

“It has picked new strains, which spread faster, are more aggressive and a bout which more is yet to be known,” he said.

“Indications are pointing to more infections in the coming hours, days, weeks and even months. To date we have lost over 962 of our beloved and soon we will reach and even pass the grim mark of a thousand. The situation is very worrisome and threatens to become dire,” President Mnangagwa pointed out.

He, however, said the country should have hope on its recovery rates.

According to the Ministry of Health and Child Care, Zimbabwe’s National Recovery Rate stands at 69.1 percent as active cases went down to 8 481 on January 21.

The president said while the country was facing an increasing number of cases requiring hospitalisation,  and close professional care there is scope for increasing capacities to respond in order to cope with the likely upsurge.

“Our frontline staff continue to give their very best and we owe them greatly for their huge sacrifices,” he said.

As for the lockdown performance, President Mnangagwa said it was “holding, with more and more Zimbabweans voluntarily taking measures that are necessary to protect themselves,  their families, their friends and their fellow country men and country women.”

He said the law enforcement agencies remained active, manning all key points and that authorities were “ready with more deployment and ready to prescribe stronger measures should that become necessary.”

President Mnangagwa also acknowledged that Covid-19 has been indiscriminate in what he described as “its grim harvest.”

“Zimbabweans from all walks of life, all stations, all tribes, all races, all regions have succumbed to it. We have lost loved ones, we lost ministers of government and officials. We have lost more across the political divide. The danger we face meets us as Zimbabweans, whatever our station, colour creed or politics,” he said appealing for unity.

“Today we are united in grief and in facing this overbearing danger. There are no spectators, adjudicators, no ‘holier than thou,’ no supermen or women. We are all exposed, all potential victims, all affected one way or the other. We must stand together, arm in arm, holding each and one another like a united people.”

The president said this situation which confronted Zimbabwe, may make people “feel depressed, even helpless,” but noted that the country has gone through worse challenges.

“Challenges we have had to confront alone when the greater part of the world moved on with indifference or was even complicit in seeking our ruin. We have confronted danger on our own,  with a few allies and friends,” he said. 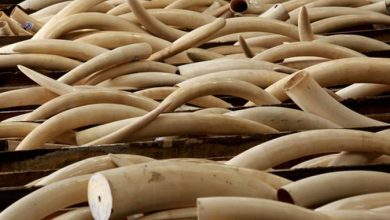