In February 2020, Nosimilo Nkomo from Spitzkop Township, Gwanda was lucky to get a new lease of life after her family and church members managed to raise enough money for her to travel to South Africa for a critical operation.

She was even lucky to raise the money just weeks before the world came to a stand-still as borders closed as nations were imposing Covid-19 lockdowns.

Her near-death experience as a heart disease patient now belongs to the history files after successful surgery and recovery.

“I believe I am having a second lease of life and I can raise my daughters. It was discovered that I had a hole in my heart and it started failing. I was on medication for a while but I started collapsing a lot until doctors recommended surgery. We had no money but my siblings and church members came through. I couldn’t be operated on in Harare as they said the surgeries were suspended. I travelled to South Africa but had to stay longer after surgery due to the lockdown,” she said.

However, not all Zimbabweans are as lucky as Ms Nkomo, to have families and fellow congregants who can fund a medical trip. The majority of Zimbabweans rely on the country’s failing health system.

Like Nkomo, many heart disease patients in the country look forward to healing and recovery, however, Zimbabwe’s only public hospital that performs open heart surgeries last operated on a patient in October 2018. Since then, there has been little hope for patients with cardiovascular ailments.

According to the World Heart Federation, cardiovascular disease remains the world’s top five killers, resulting in around 18,6 million deaths every year.

More than 520 million people living with the ailment worldwide have a high risk of developing severe forms of the coronavirus, should they become infected with Covid-19.

The Federation says the healthcare crisis caused by Covid-19 has highlighted an urgent need to find innovative ways of connecting people to cardiovascular health interventions, particularly in low resource areas and communities.

While local patients struggle to get basic services in the country, on the global stage, well-funded medical researchers are celebrating medical milestones, one of the latest ones being a successful pig heart to human transplant at the University of Maryland in the United States of America.

Zimbabwean health experts have joined their global colleagues in celebrating the medical milestone where a pig’s heart has been successfully transplanted to a human being, and they have described this development as a potential game-changer in the treatment of heart diseases patients in the future.

Specialist physician, Percy Simukai Muchawira who is a Specialist Cardiovascular and Thoracic surgeon and departmental head at the Parirenyatwa Group of Hospitals said the plight of heart disease patients was critical in the country, with his hospital having performed its most recent open heart surgery in 2018.

Dr Muchawira said efforts had been made to engage the health and child care and finance ministries, however, the responses were that there were no resources, and there was no foreign currency to procure theatre consumables for the heart surgeries.

“Open heart surgeries are very expensive and highly specialised. It is unfortunate that my department last performed an open heart surgery in October 2018 due to resource constraints. We have been told by our superiors in the ministry that there are no funds as consumables are needed for these surgeries. It’s been four years now. It is unfortunate that we have to turn away some patients or refer them to neighbouring countries for these services that we should be offering, it is heartbreaking, honestly,” said Dr Muchawira.

Community Working Group on Health (CWGH) Executive Director, Itai Rusike, in an interview with CITE, said the state of health access in the country was appalling, with many people dying due to lack of necessary health care.

He said lack of funding in health care meant that people who could not afford private health care had no hope as public health facilities continued to deteriorate.

“The inadequate funding for health care has meant that the country has been unable to realise its full potential of providing sufficient and quality services to its people. Against this background, we continue to witness rising out-of-pocket  (OOP) expenditures for health and generally low level of utilization of health services by most households at a time when they need the service most. Chronically ill patients who require constant supplies of expensive medications have been hit hard,” said Rusike.

Rusike said there was need for special funding to be channelled towards addressing Non-communicable diseases, which he said were a growing problem in Zimbabwe.

“There is need for the government to devise a funding mechanism for the NCDs, which are costly to diagnose and manage. Revitalise the drive for a National/Social Health Insurance in order to minimize catastrophic spending on health through the provision of a payment mechanism for both informally and formally employed citizens,” he said.

Rusike called for the government through the health and childcare ministry, to address poor hospital infrastructure, replace obsolete and improve working conditions of health care workers.

“Presently, infrastructure in hospitals is dilapidated, some is obsolete machines and supplies are in short supply, doctors and nurses are inadequate and poorly motivated.  And this is against a background of sustained paltry funding to the sector from national fiscus is of major concern,” said Rusike.

“It is very important in a country like Zimbabwe for government to understand that the majority of citizens do not have the capacity for private medical health care. Therefore it’s important for government, especially in line with Abuja declaration of 2001, which seeks to promote increased funding of up to at least 15 percent of the budget that should be followed. So today, our health infrastructure needs revival, our diagnostics equipment leaves a lot to be desired. Its important that the government of Zimbabwe investments more in health right now, it’s not doing enough and our people are suffering because of that,” said Molokele.

While the medical research milestones have been celebrated globally, they are of less significance to Zimbabwe in particular, as medical research in the country is poorly funded and in the doldrums.

Outside of medical research, medical practice at public hospitals is also in a poor state.

Local surgeons said they celebrate foreign medical research milestones with colleagues, but had little hope of ever conducting such life-changing surgeries in the country if the funding of health institutions in the country does not improve.

According to Transplant Observatory, an international organisation following organ transplants to ensure ethical standards in the practice, more than 3 500 people undergo heart transplant surgeries. The majority of them are in United States of America (2 000), while very few are performed in emerging economies.

Other causes of death listed are cancers, drowning, maternal deaths, suicide and other non-communicable diseases. 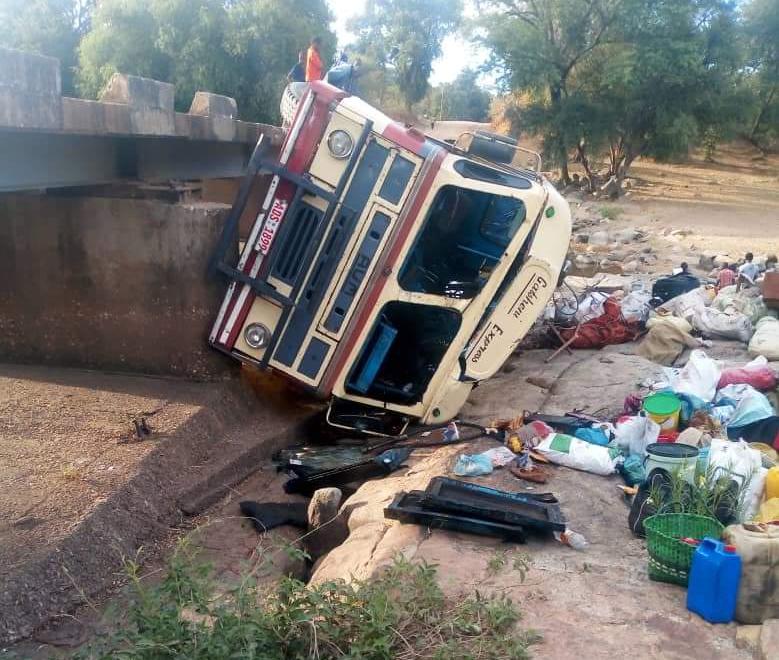