Almost half of Zimbabwe’s population was plunged into extreme poverty in 2020 due to increases in the prices of basic necessities, economic decline, poor harvests and the Covid-19 pandemic.

According to the Rapid Poverty Incomes Consumption and Expenditure Surveys (PICES) Monitoring Telephone survey, the extreme poverty rate was already high at 38 percent in 2019.

This increase, according to the survey, “was driven by an increase in price of food and other basic necessities, income loss due to the economic contraction caused by the Covid-19 pandemic, and a drop in agricultural production because of poor rains.”

“Although, poverty was in general much lower in urban areas, urban poverty has risen faster than rural poverty in relative terms since 2017,” said the survey that sampled 1 235 households from all ten provinces of Zimbabwe for the Round three study conducted from December 15, 2020, to March 10, 2021.

The findings are compared to results from the first round conducted from July 6 to 24, 2020 where 1 747 households were sampled and round two from August 24 to September 23, 2020, were 1 639 households were contacted.

This grim reading of Zimbabwe’s economic prospects comes as the government claims it recorded a  whopping ZWL$9.8 billion surplus during the first quarter of 2021, with Finance and Economic Development Minister, Professor Mthuli Ncube, maintaining the economy has grown.

However, the reality on the ground shows the struggles that families have to endure to make ends meet or put food on the table.

According to the survey, when it came to access to basic food necessities, the capacity to buy food improved between July 2020 and March 2021 but it remains low, especially among rural households

“The share of households that were able to buy basic food items increased noticeably from round three after a more modest positive change between rounds one and two.

“The proportion of households that were able to buy maize meal rose from 43 to 56 percent, that for cooking oil rose from 46 to 54 percent, while that for chicken rose from 18 to 25 percent for round two and round three, respectively,” said the survey.

“The third round survey also indicated an increased share of households that attempted to buy these basic goods nationally in both rural and urban areas. As expected, in all rounds, the proportion of households that were able to buy basic food items was significantly higher in urban than rural areas.”

The Rapid PICES survey was funded by the Zimbabwe Reconstruction Fund (ZIMREF) and UNICEF. 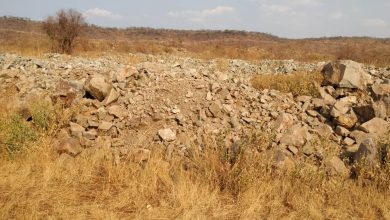