President Emmerson Mnangagwa announced stricter lockdown restrictions on July 23 in response to a surge in Covid-19 cases in the country.

Part of the conditions for the lockdown are a curfew imposed from 6pm up to 6am.

Shops are allowed to remain open until 3pm.

“We were told that shops would be open but much to our surprise, soldiers are blocking us from entering the town,” said a visible angry resident, Xolani Moyo.

“At a time when we are struggling because of the coronavirus outbreak, we are also being disallowed to go and buy basic necessities. This is very frustrating,” he said.

A business woman, Anita Ndlovu who operates a grocery shop on the outskirts of Gwanda town said she was also turned back at a roadblock near Gwanda Show Ground.

“We were told in no uncertain terms that no one would be allowed to enter the town when I went there intending to buy goods for my shop on Thursday. I have lost business because of that,” said Ms Ndlovu.

Residents say government must not use the corona lockdown regulations as a ruse to block people from moving around freely.

Contacted for comment, Gwanda Residents Association secretary general, Bekezela Fuzwayo confirmed the existence of roadblocks in and around Gwanda town.

However, Fuzwayo said the roadblocks had brought about sanity in Gwanda town.

“As the residents association, we are really happy that this week the numbers of people loitering around the CBD and shopping areas has been drastically reduced. In the couple of weeks before this, people were moving around with no regard to the existence of the Corona virus. We continue to urge residents to stay at home and limit movements to really necessary,” he said.

Fuzwayo said the local hospital would not be able to handle a sudden upsurge in the number of new infections.

“If we are not careful, people will die in large numbers,” he said.

Efforts to get a comment from Matabeleland South Provincial police spokesperson, Chief Inspector, Philisani Ndebele were fruitless as he did not respond to questions sent to him. 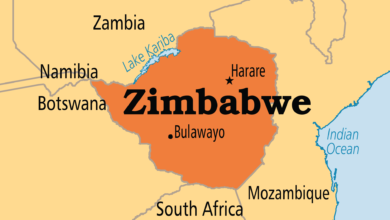