A Zimbabwe National Army (ZNA) officer who stole firearms from his father’s security company with the intention of committing an armed robbery crime with his friends, is still on the run, a fortnight after he was granted ZWL$500 bail.

Moketsi Ndlovu (27) stationed a 2 Mechanised Batallion, Inkomo Barracks in Harare, was issued with a warrant of arrest on December 27 after he defaulted his court appearance before Bulawayo Provincial magistrate Tinashe Tashaya.

His fellow co-accused Ngqabutho Tshuma (42), Friday was also issued with a warrant of arrest after he defaulted his court appearance before the same magistrate.

Ndlovu is facing charges of theft of firearms while being jointly charged with Tshuma, Talent Dube(34) and Bukhosi Moyo (26) for conspiring to commit armed robbery.

Magistrate Tashaya ruled that the matter will proceed by way of summons.

Rufumoyo told the court that the four, acting on the information provided by Ndlovu (the soldier) entered into an agreement to commit an armed robbery on Dorah Zivengwa at her house in Nkulumane after Ndlovu had supplied information that there was money at her house.

“Ndlovu went to the company and asked for keys from the supervisor, one Nkosiyazi Mhlanga under the pretext that he was taking them to the company directors.

Rufumoyo said detectives who had been informed about the planned mission, pounced on the accused persons, arrested them and subsequently recovered the firearms. 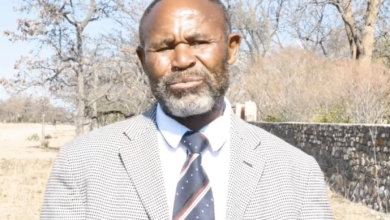