Bulawayo residents have said the ongoing countrywide load-shedding, sometimes stretching for over 17 hours, is adversely affecting their day-to-day activities, calling upon responsible authorities to find lasting solutions to the crisis.

Following the Zimbabwe Power Company (ZPC)’s suspension of power generation at the Kariba Hydro Power Station late last month due to low water levels, the country has been subjected to prolonged hours of load-shedding.

Thabani Ncube of Luveve said load shedding was negatively impacting people’s lives with thieves taking advantage of darkness during the night to break into houses.

“We are in a serious crisis; our food is rotting because fridges do not have ice anymore,” said Ncube.

He said sometimes residents sleep on empty stomachs as a result of prolonged power cuts.

“By the time electricity comes it would be too late,” he decried.

“We no longer have good times with families watching TV just because of this crisis. Our government needs to buy electricity from our neighbours and even if the tariffs go high it’s better than to be in darkness and losing food that is kept in the fridges. The government must react fast to this big crisis because it affects our industry as well. The other thing is ‘why can’t devolution get into play so that each city can deal with its own problems.”

“ZESA or ZETDC must give a very simple and clear explanation which any layman can understand why should a PRE-PAID service face challenges of delivery,” said Nhliziyo.

“It boggles the mind of any reasonable person why a pre-subscribed facility should fail to function. Where are the prepaid revenues? What happens to those finances?”

He said both domestic and commercial activities were “sabotaged” and negatively affected by load shedding.

“ZESA must revert to decentralised regimes of electricity supplies and return municipal power stations to be run by independent local councils. Major cities must put solar plants to avert this inconvenience.”

Bulawayo Progressive Residents Association (BPRA) secretary for administration, Thembelani Dube said the power cuts were a clear indication that Zimbabwe has not invested enough in sustainable energy sources, either renewables or non-renewables.

“Due to prolonged hours, residents have been subjected to unpleasant experiences of losing their refrigerated food and business stocks,” he bemoaned.

“Household appliances have been damaged due to continuous power cuts and unannounced switching on and off. Residents who live on medication that needs to be refrigerated all the time have been adversely affected as some end up losing their lives or their medical conditions worsening.”

He further said: “Examination classes have not been spared and candidates end up enduring interrupted unexpected periods of interruption and delayed starting of examination papers. There is a need for the government to massively invest in different types of energy sources. Solar farms must be the core target particularly in supplying power to towns and cities.”

He added: “More hydro-electricity generation dams must be identified and developed. As an immediate term, there is a need to settle Zimbabwe’s regional energy debt and continue to import more energy to augment the inadequate supplies we generate as a nation.” 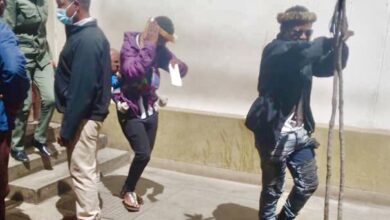