Government has threatened to take over the water reticulation systems in major cities and towns, alleging that the local authorities were failing to provide clean water to residents.

This was said by Vice President Kembo Mohadi while addressing a Zanu PF rally at Stanley Square in Bulawayo on Sunday.

The VP said the government would take over the purification of water since the MDC run councils were failing to provide water to residents.

Cities such as Harare and Bulawayo have been facing challenges with water supplies.

“There is no water and the opposition is running the towns. MDC has failed to provide water so we will take over the purification of water,” VP Mohadi said.

Mohadi cited that in Harare, the local authority said they required nine chemicals to purify water and were requesting that their supplier be allowed to import those chemicals, which would be costly.

“They wanted to import the nine chemicals but we removed that and introduced one chemical that would purify water as effectively. We have started this process in Gweru so we will be taking over water reticulation,” the VP noted.

Taking over water reticulation was a good step by the government, Mohadi said, highlighting that when diseases such as cholera struck people were quick to blame them and not councils.

“We are taking over…” he insisted.

Water provision and sewer systems in the cities and major urban areas used to be provided by the Zimbabwe National Water Authority (ZINWA).

ZINWA performed this function from 2005 to 2009 following a Government policy directive that required it to assume the management of water supplies and sewer services in all the urban areas.

The policy was later reversed in February 2009 paving way for local authorities to run the water treatment and reticulation systems in their respective areas of jurisdiction.

In Bulawayo, the ZINWA takeover was fiercely resisted by resident associations and the city council, as they did not want the authority to tamper with the city’s water supply.

Although plagued by water challenges itself, the city council said ZINWA was also failing to adequately supply the city with bulk water.

Bulawayo has been facing challenges with water due to dwindling dam levels and continuously effects water shedding for 48 hours across the city as means to preserver the water. 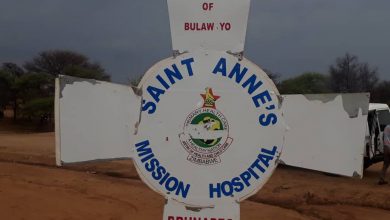